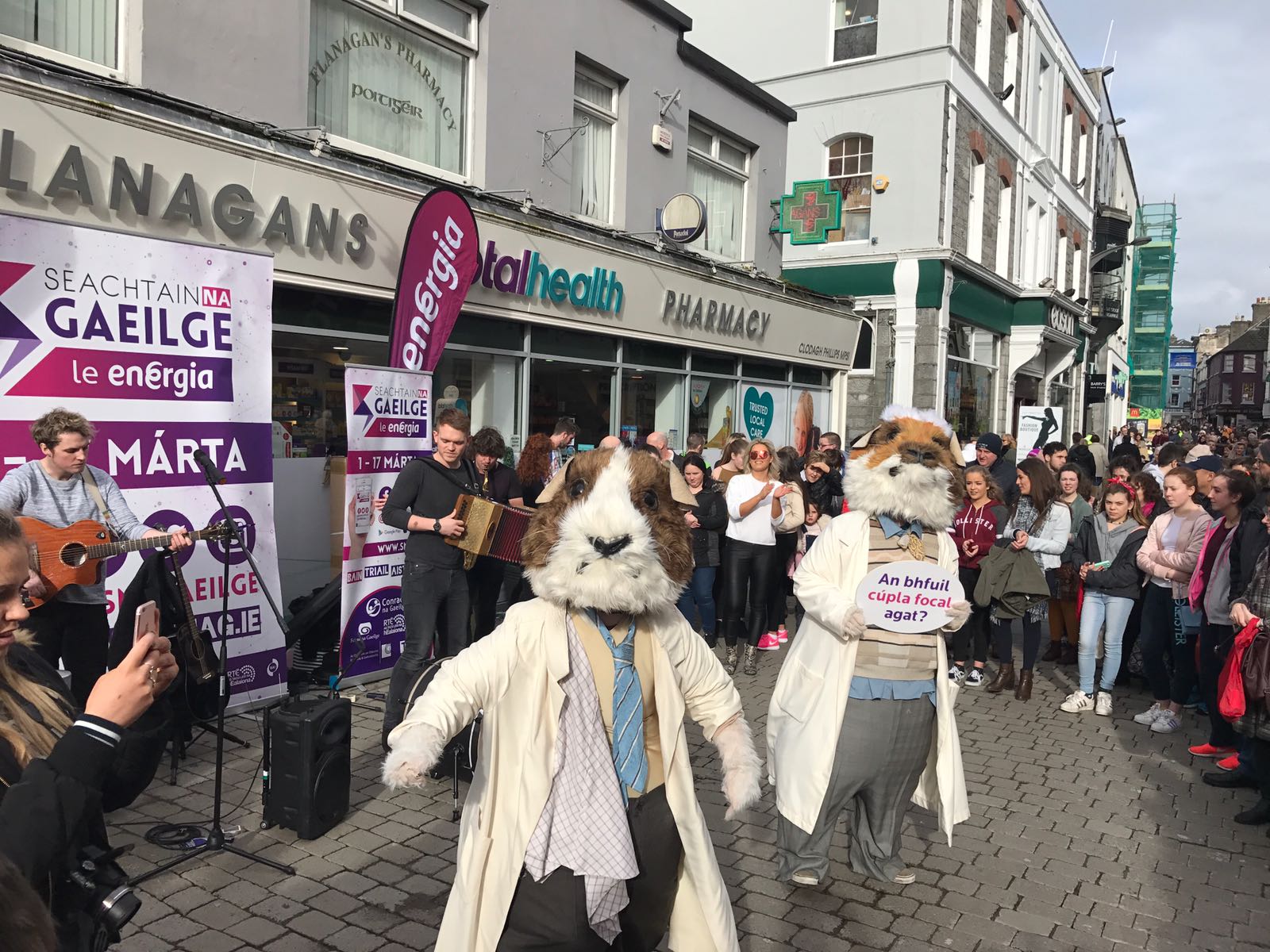 Art Parkinson, BAFTA winner and one of three festival ambassadors, will attend the local Ulster launch of Seachtain na Gaeilge le Energia in the Dún Uladh Cultural Centre in Omagh, Co. Tyrone on Wednesday; Gary Brennan, captain of the Clare football team, will be presented with an award at the Munster launch in Ennis, Co. Clare on Thursday; and Seo Linn, Kíla and other special guests will launch the festival in Leinster with Spraoi na Seachtaine in Stephens Green in Dublin next Saturday.

“Energia is very proud of our Irish heritage as a generator and supplier of energy to homes and businesses across the island of Ireland, so we’re very excited to launch Seachtain na Gaeilge le Energia in each of the provinces with our guinea pigs inspiring the public to use some Irish nationwide. Promoting the language throughout Ireland makes perfect sense to us – encouraging people to make clever choices is something close to our hearts and we hope people will choose to use their cúpla focal during Seachtain na Gaeilge 2017.”

All information on local Seachtain na Gaeilge le Energia events can be found according to county in the special edition of SULT magazine, distributed free with Irish Daily Mail on Saturday, or online at www.snag.ie/imeachtai.

“Seachtain na Gaeilge le Energia gives everyone the chance to use and really enjoy whatever Irish they have between 1 – 17 March 2017, whether you’re a fluent speaker, a language learner, or simply have a few words. Thanks to the support of Energia this year, we were in a position to provide more support for community groups organising events through the festival’s Support Fund, and we are delighted that the Irish language will be celebrated in every county in Ireland and abroad as part of Seachtain na Gaeilge le Energia 2017.” 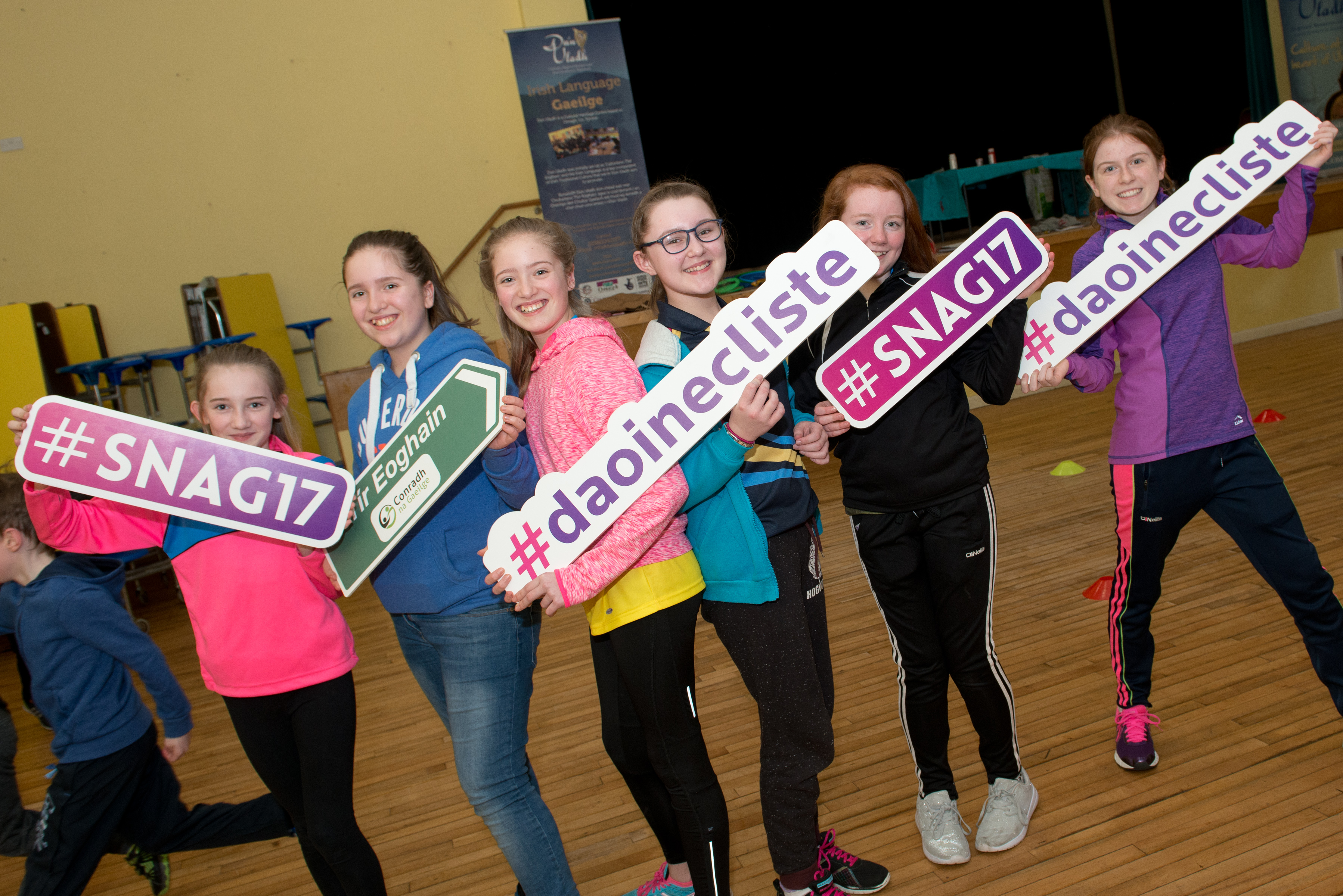 Ulster Launch: Seachtain na Gaeilge le Energia will be launched in association with Pobal ar a’n Iúl and le Glór an Tearmainn for the first time in Omagh, Co. Tyrone, on Wednesday (1 March 2017). Festival ambassador and international actor Art Parkinson will attend the launch in Dún Uladh alongside the comedian Kevin McAleer, while local dramatics group Aisteoirí na hÓmaí will put on An tAthair Ted and the young musicians of Rún will play traditional Irish music from 7.00 - 8.00pm.. 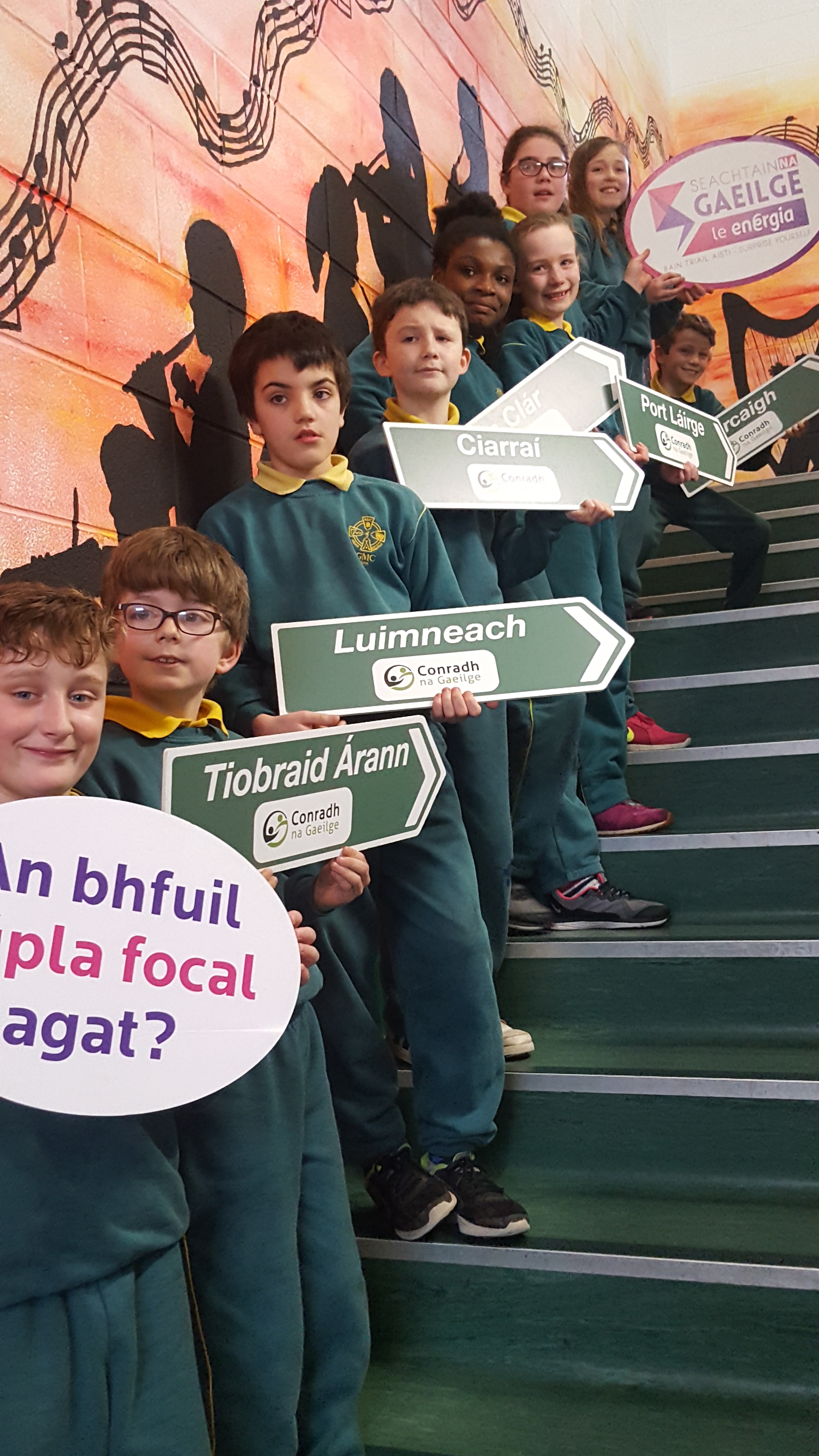 Munster Launch: The festival launch in association with An Clár As Gaeilge with include a special event in Barrack Close on Barrack Street in Ennis, Co. Clare, on Thursday (2 March 2017). Local festival Féile na hInse and An Clár As Gaeilge’s new centre will also 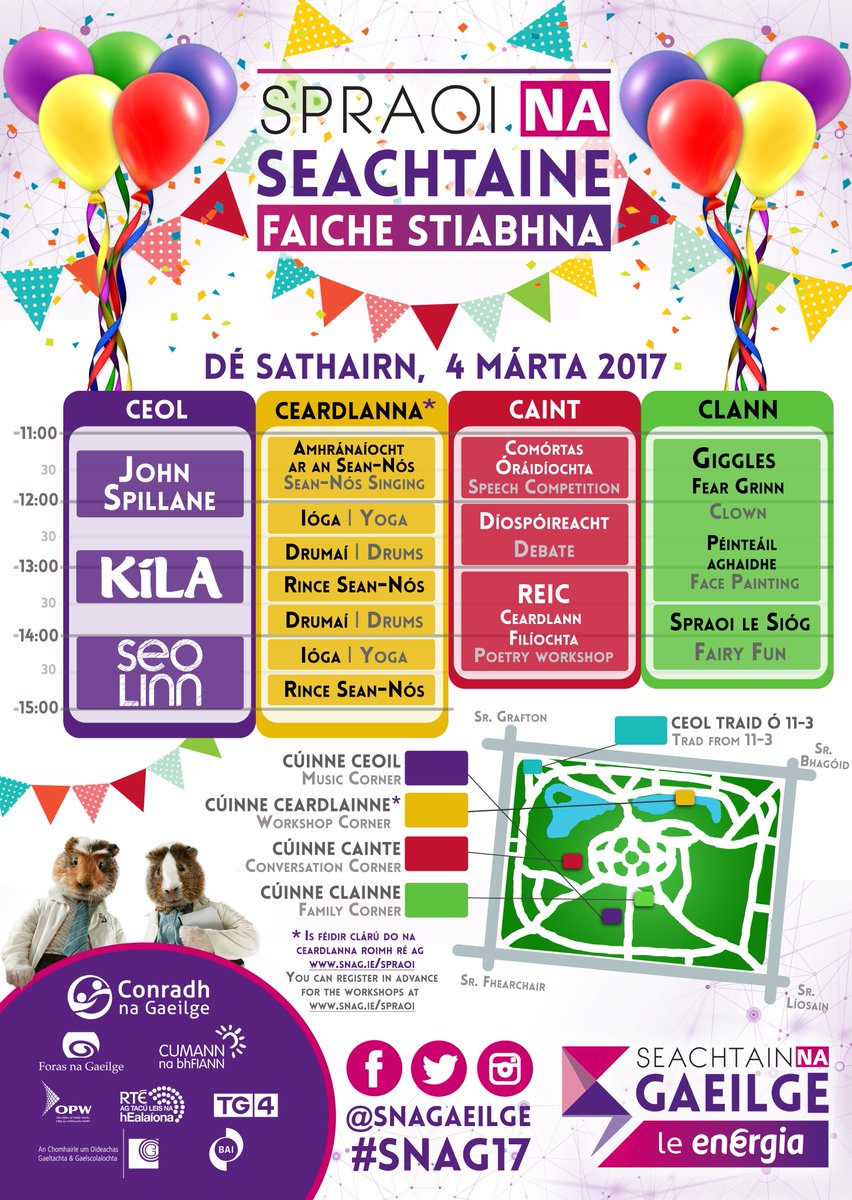 be launched between 7.00 – 9.00pm on the night, while Gary Brennan, captain of the county Clare football team, will be presented with an award for Personality of the Year. TG4’s Mícheál Ó Ciaraidh, another of this year’s Seachtain na Gaeilge le Energia ambassadors, will be the special guest while the Mulcahy family from Limerick will provide the music. An archive of photographs and other historical material associated with Conradh na Gaeilge in the area will also be opened to the public.

Leinster Launch: Dublin will host a huge concert and family day in Stephens Green as part of Spraoi na Seachtaine on Saturday, 4 March 2017. John Spillane, Kíla agus Seo Linn will perform in the music corner from 11.00am – 3.00pm with a variety of yoga, sean-nós singing, dancing, and drumming workshops ongoing throughout the day alongside debates, competitions, and the REIC poetry workshop. The Energia guinea pigs will join the Irish-language clown Giggles on the day, and children will enjoy face-painting and Spraoi le Sióg activities in the family corner as part of the launch in the capital. You can register for the workshops at www.snag.ie/spraoi.

QUOTES FROM THE AMBASSADORS:

Art Parkinson: “I study through Irish while I’m filming all over the world. I’m a very proud Irish speaker and love using it everyday, no matter where I am in the world. Why not organise an event for Seachtain na Gaeilge to use your cúpla focal!”