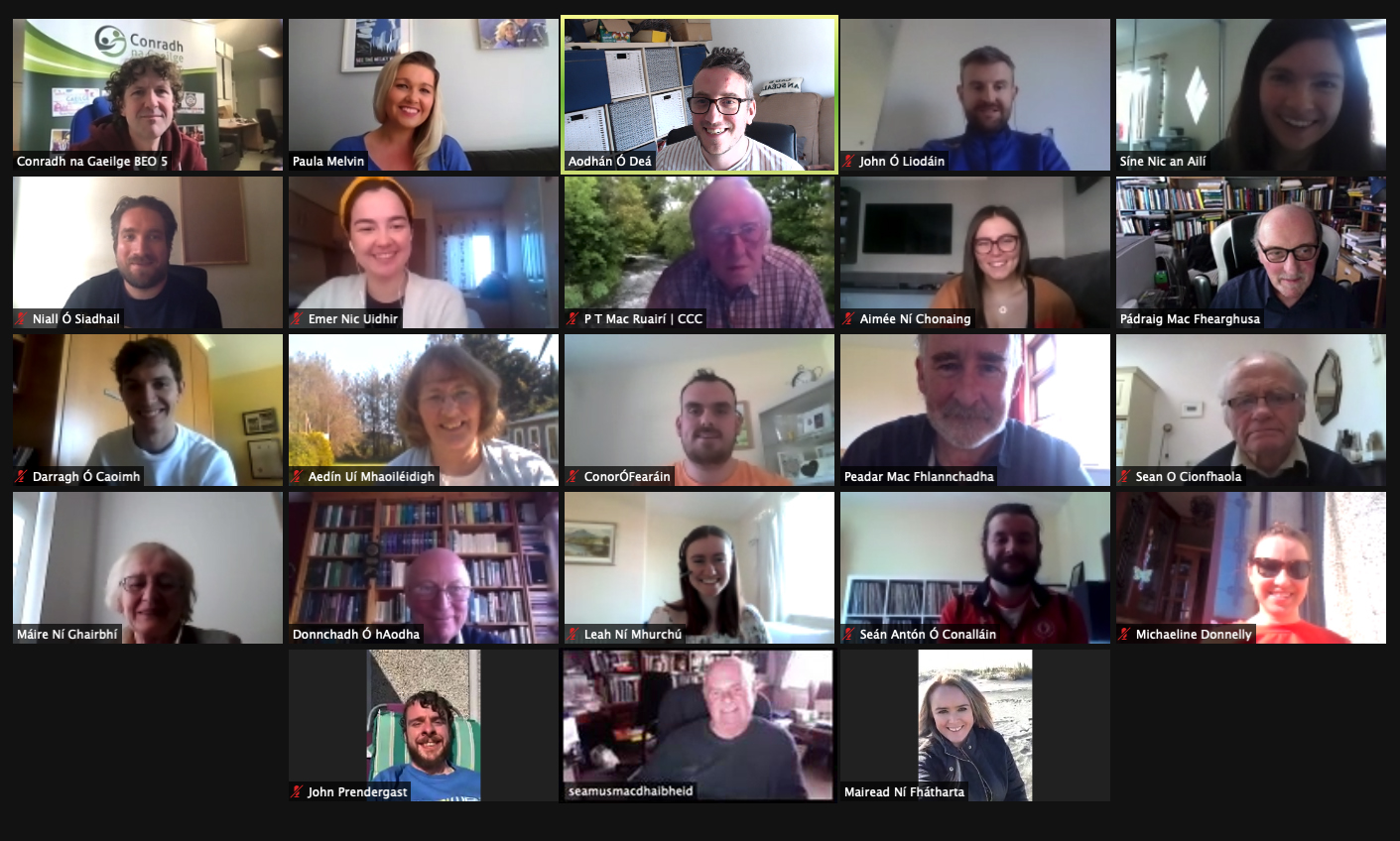 An Coiste Gnó is the executive committee and supreme governing body of Conradh na Gaeilge from one Ard-Fheis to the next.

The committee usually convenes every 6 - 8 weeks and discusses the development of the organisation and its Irish-language campaigns, among other things.

The President chairs the meetings of An Coiste Gnó.

An Coiste Gnó is authorised to adjudicate on any dispute or any questions of control, finances, property, aim, objectives or any other business of the organisation subject to the provisions of the Constitution of Conradh na Gaeilge.

The decision of the Executive in all matters relating to the affairs of Conradh na Gaeilge shall be binding on all members, branches, and committees of the organisation.

Members of An Coiste Gnó

The membership of the Executive Committee shall comprise of:

The membership of the current Executive Committee includes: