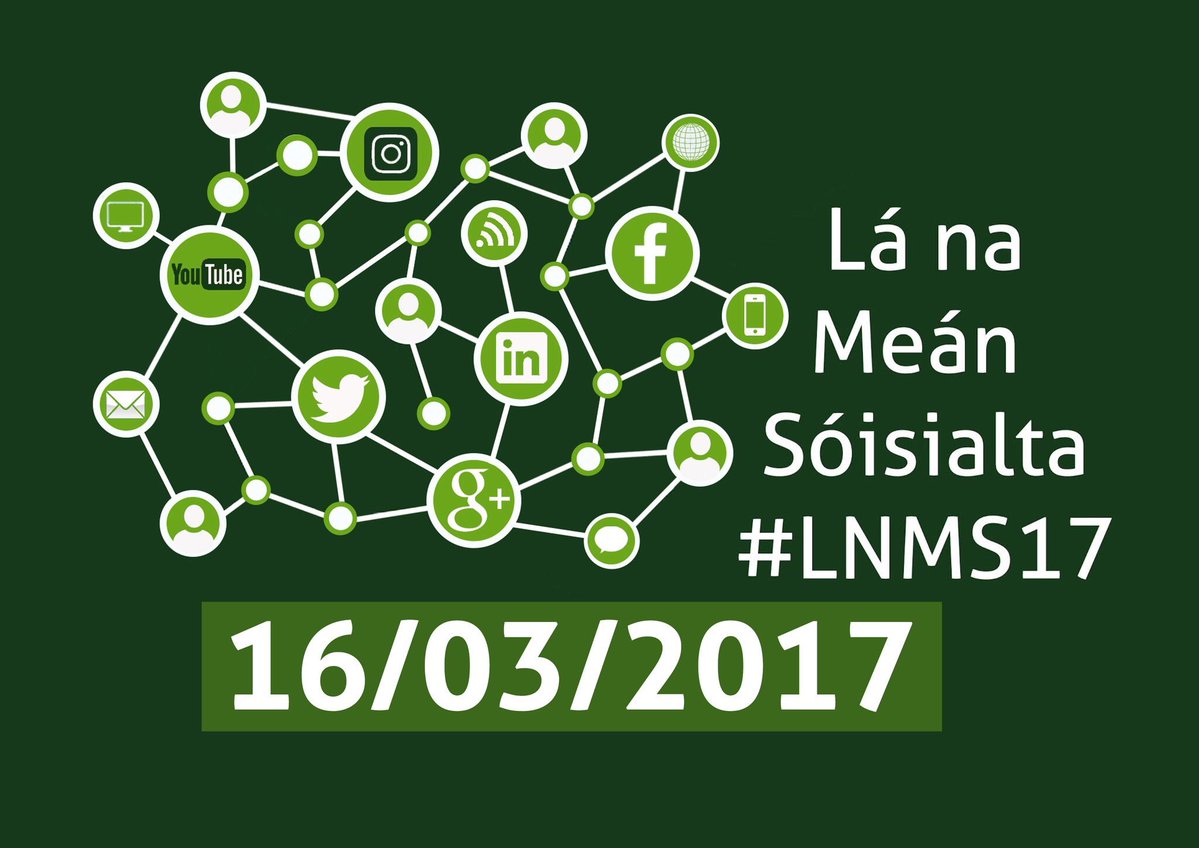 Lá na Meán Sóisialta aims to see a surge in the use of the Irish language on social media on the penultimate day of Seachtain na Gaeilge le Energia and in the run up to St. Patrick's Day celebrations. Seachtain na Gaeilge le Energia hopes to encourage as many people, schools, organisations and groups as possible to use Irish alongside the hashtag #LNMS17 on social media on the day.

As part of Lá na Meán Sóisialta, Seachtain na Gaeilge le Energia are running an event for secondary school students in Facebook's Dublin Headquarters. Two of the festival's ambassadors will be present; Miriam O'Callaghan will be MC while Micheál Ó Ciaraidh will be on the panel of speakers alongside Cara Nig Fhearraigh from Facebook, Cormac Breathnach from An Foclóir Nua Béarla-Gaeilge, Niamh Ní Chróinín from Raidió Rí-Rá and Edel Ní Bhraonáin from Dublin's all-Irish GAA club, CLG Na Gaeil Óga.

“Facebook and other international organisations have done lots to promote the Irish language and thousands of people use Irish on social media so it's great to be able to celebrate Lá na Meán Sóisialta in conjunction with Facebook and talk to students about Irish language opportunities and developments on line."

You can take part in Lá na Meán Sóisialta by posting through Irish on social media sites such as Facebook, Twitter, Instagram and Snapchat and using the hashtag #LNMS17.