Another historic staging post as the Westminster bill officially becomes law, but immediate implementation is paramount 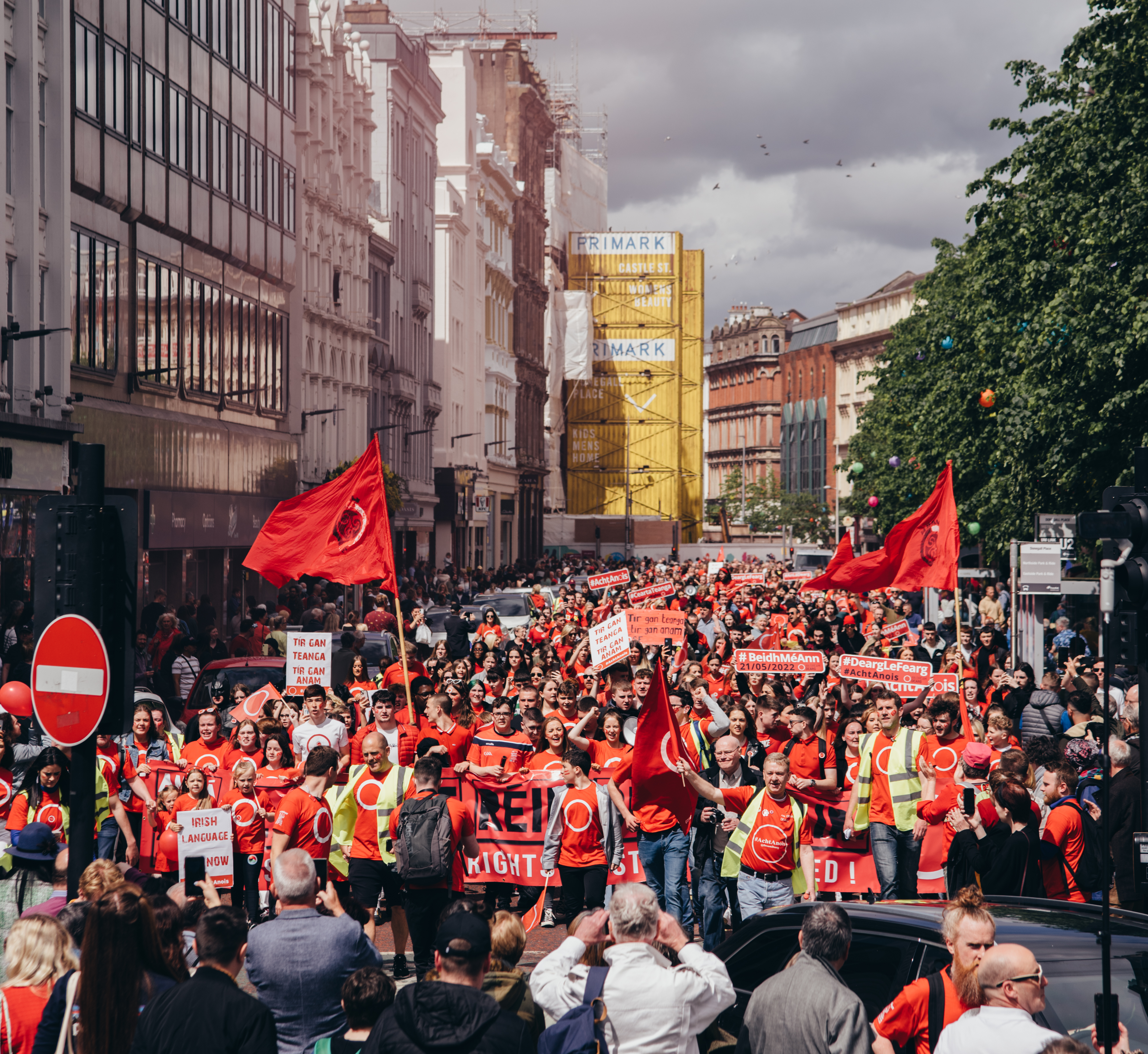 Conradh na Gaeilge has welcomed the news that the long overdue Irish language legislation promised in the New Decade New Approach has today (Tuesday, 6th December 2022) received Royal Assent and will officially become law. The bill previously passed through the House of Lords and House of Commons, where it completed its legislative journey at the end of October.

The bill will create a new office for an Irish language commissioner who will develop best practice standards for public authorities, alongside repealing the 1737 Act of Justice (Ireland) legislation which banned Irish from courts.

In the absence of an Executive, the responsibility for implementing the legislation will now remain with the SOS and the NIO, beginning with the setting up of the various offices and the appointment of an Irish language Commissioner. New powers added to the bill will allow the SOS to implement all aspects of the legislation in full.

“The Irish language community has been fighting for these rights for decades and in that regard to see the Irish language be afforded official recognition here for the first time is indeed historic. We want to pay tribute to all of those activists and community pioneers who have been advocating for language rights down through the years. Today is but another historic staging post in this ongoing campaign for equality.

“This Bill, however, is not our final destination. We have pushed hard on several important amendments to the legislation and we now turn our attention to both implementing and to strengthening the bill and bringing it up to international standards of language legislation in the future. But let’s be clear, we now immediately enter the implementation phase of this legislation. Painful experience with the British Government has taught us to take nothing for granted. Until we see this Bill fully enacted and indeed implemented in practice, we will continue to push ahead with the campaign.”

“Today’s milestone is testament to the 20,000 people who stood with us on  the streets of Belfast in May and actively called on the British government to honour their word on bringing forward Irish language legislation. From today on, the Irish language will exist in law for the first time in a state which historically discriminated against the language and marginalised it’s community of speakers. The significance of this should not be lost on anyone. However, having legislation is one thing. The implementation of that legislation is another. In the absence of a functioning Executive, this bill gives concurrent powers to the Secretary of State to operationalise and implement the bill in its entirety. The British Government must exercise these powers without any delay. The Irish language community have waited long enough. The appointment of an Irish Language Commissioner is the first step in that process. The Irish language community will look upon the appointment of the Commissioner as a litmus test for the British Government. The Irish language community will wait in earnest to see how this legislation will bring the legitimate, long overdue change they require to facilitate them living their lives through Irish.”

Commencement regulations signed by the Secretary of State will stipulate when each aspect of the legislation officially comes into effect.