Derry City Hall, the Guildhall, turned red last week, Thursday 21st March 2019, in support of the An Dream Dearg campaign for an Irish Language Act and language right. A motion passed through Derry and Strabane District Council earlier this year, following the passing of a motion supporting an Irish Language Act in April 2018. The lighting of the Guildhall red is to support the grassroots An Dream Dearg campaign for rights, respect and recognition for the Irish Language Community. 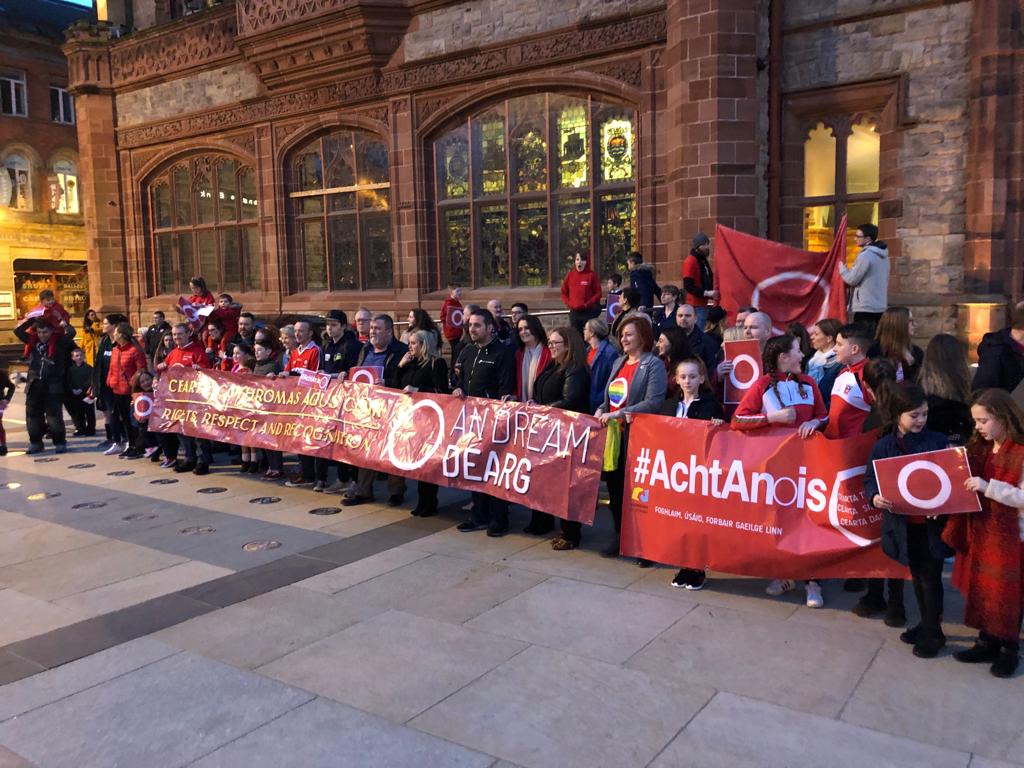 The Irish language community and political representatives came together outside the Guildhall on Thursday and were joined by students and parents from local Irish Medium Schools, who performed an Irish Language ‘Haka’ during the event.

“It really is historic to see the Guildhall red in support of our campaign. The An Dream Dearg grassroots campaign for Irish language rights is calling for respect, recognition and rights, through the introduction of the Irish Language Act promised to us in 2006. Two years on and we are still calling for those rights, for that respect and to be officially recognised in law by this state. On Thursday we said loud and clear that we will continue to do so until our rights are delivered. Those same rights are afforded to our counterparts across these islands and across the world.”

“Derry and Strabane District Council has passed a motion support an Irish language Act. Last night’s visible demonstration of support for our campaign will galvanise us as, just as the support from the Irish Government, the United Nations and the Council of Europe has done in the past. The days of the Irish language community being invisible and marginalised are over. We call on all parties to continue to stand with us as we seek to ensure equality for Irish speakers.” 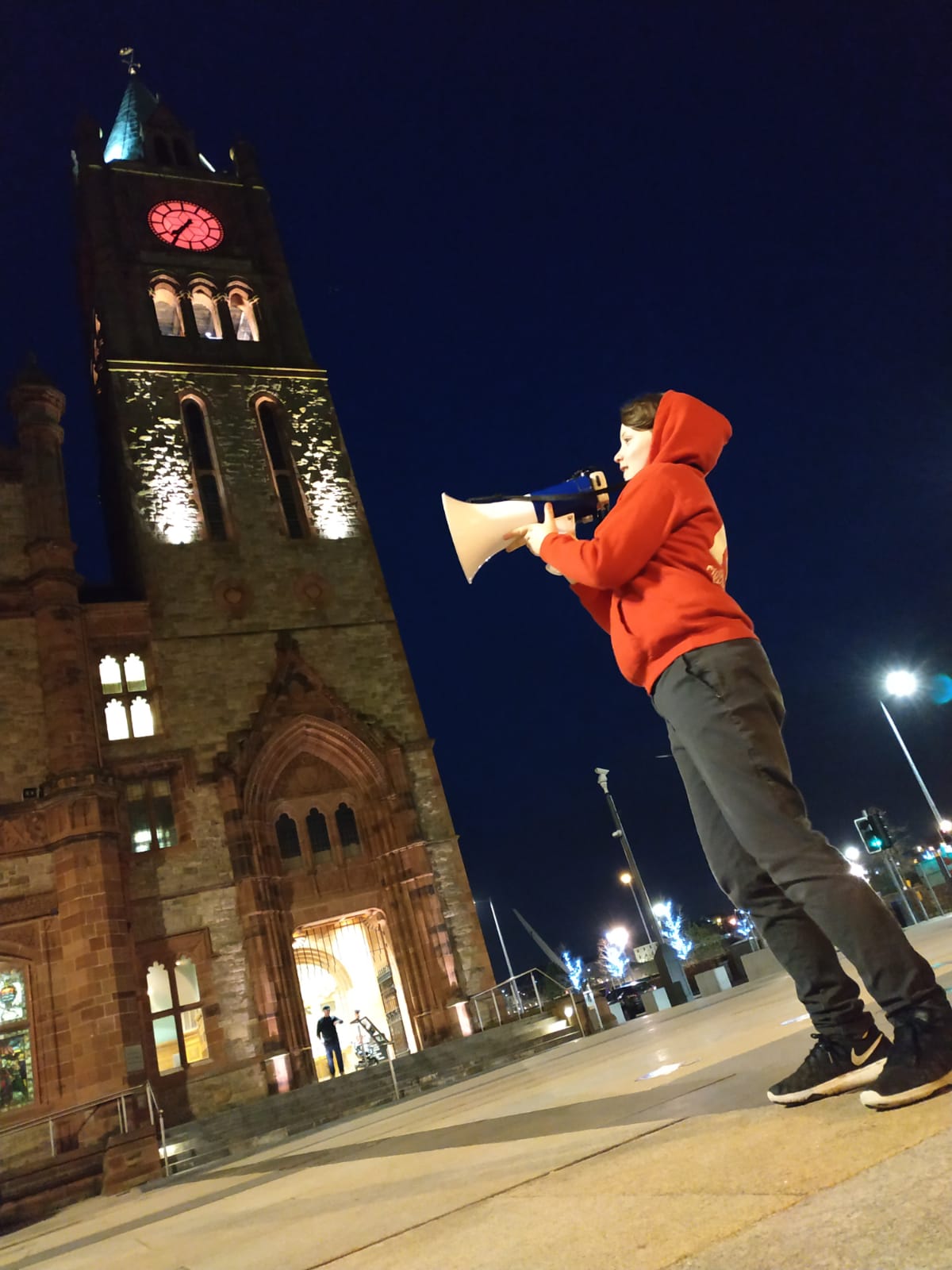