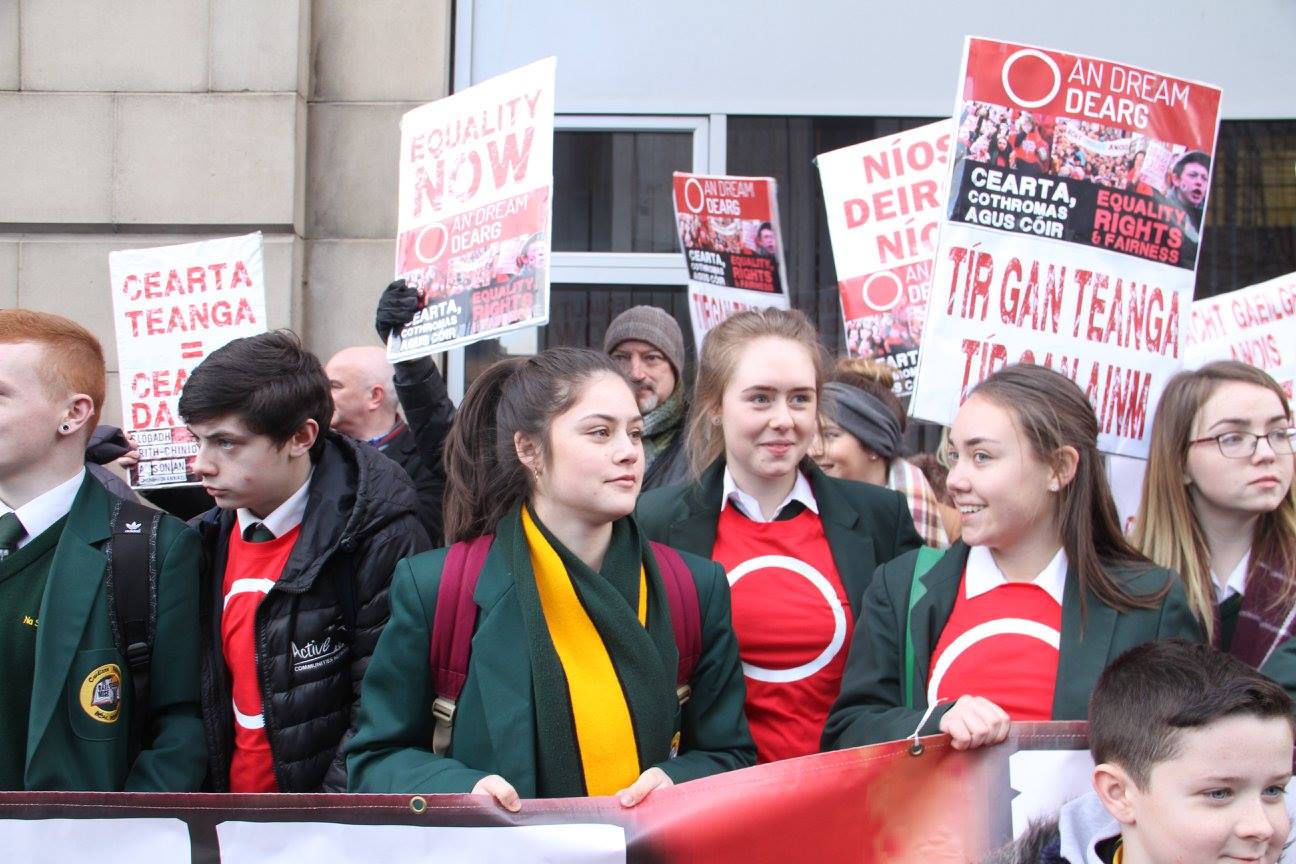 Conradh na Gaeilge has welcomed the findings of the Equality Commission investigation which concluded that the Department for Communities “failed to comply with its approved Equality Scheme commitments on screening and equality impact assessment relating to funding decisions for the Líofa Gaeltacht Bursary Scheme” in December 2016.

A report from The Detail (26 April 2017) also revealed that the Minister at the time, Paul Givan MLA DUP, refused to retain the scheme in spite of the advice given to him by his officials:

‘A ministerial briefing paper prepared for Mr Givan by a senior Department of Communities official advised that the majority of applicants were children from deprived backgrounds whose parents could not otherwise afford the summer language courses in County Donegal.’

‘The document also suggested the option of reducing the size of the fund to avoid its closure, but six days after the five-page report was submitted, an emailed response said: “Minister has commented 'No scheme'.’ (See: https://bit.ly/2qdvRin)

“Conradh na Gaeilge welcomes the findings of the Equality Commission Líofa investigation which concluded that the Department for Communities failed to comply with their equality schemes and obligations. We are, however, not surprised by these findings. This cross-community, means-tested scheme was launched to provide learning opportunities for young people, the most disadvantaged young people in our society. Between these new findings and the research published by The Detail, it is clear that there was a deliberate agenda to target and get rid of this scheme. This was just the latest in a long line of decisions from DUP Ministers attacking the Irish-language and Irish-medium education. That pattern of regressive actions cannot continue. The only resolution is that of legislative, rights-based protections for the language which is enjoyed by others across these islands.”

“The Líofa decision and now the findings from this investigation have highlighted the urgent need for rights-based legislative protection for the Irish-language. Since we received the email notifying us of the Líofa decision Conradh na Gaeilge has been lobbying continuously for an Irish-language Act; with the demand for an Irish-language Act here now being unprecedented. This discriminatory decision was the catalyst for the powerful, grassroots, organic campaign which led to the reinstatement of the Líofa bursaries and which has also inspired a new debate around the role and status of the Irish language in our society. The Irish Language Community deserve and seek both an explanation and an apology for the  discriminatory Líofa decision and we hope that the importance of schemes like Líofa are recognised and protected moving forward.”