A Council of Europe Report today (21 February 2018) regarding the Resolution on the implementation of the Framework Convention for the Protection of National Minorities by the United Kingdom strongly recommends:

This report echoes and supports the recommendations made in the 6th Periodical Report from the Committee for Economic, Social and Cultural Rights (CESCR), which investigates the implementation of the International Covenant on Economic, Social and Cultural Rights (ICESCR) (E/C.12/GBR/6), which was published 27 June 2016. As was clearly stated in the 5th ICESCR Periodical Report from June 2009; “the Committee reiterates its previous recommendation that the State party adopt an Irish Language Act”.

“These recommendations emphasise the clear outstanding obligations on the British Government regarding the implementation of an Irish Language Act. It is evident they have not achieved this despite their commitments – not only regarding the St Andrews Agreement but also responsibilities on the British Government to protect and promote the Irish-language as per the international treaties and charters they have ratified. This is not the first time the British Government has been subject to criticism from international committees due to the lack of progress on Irish-language rights but we now hope, with the spotlight currently focusing on the language questions, that satisfactory provision will be implemented without further delay.”

“In 2006 the British and Irish Governments signed up to the international and legally binding St Andrews Agreement in which was a clear commitment to an Irish Language Act. These recommendations from the Council of Europe reiterate what we told the Secretary of State Karen Bradley MP several weeks ago; this promise came from the British Government, and with the DUP continuing to exclude Irish speakers from society here, it is now incumbent on the British Government to deliver the same rights that are afforded to citizens across these islands. ‘Appropriate’ legislation means there can be no fudge on any of these issues. The Irish language community calls for a strong, rights-based Irish language Act, where the Irish language is no longer marginalised or banished from public or shared spaces. This interjection from the Council of Europe comes from a time where the issue of rights for Irish speakers is very much at the fore of political debate and we encourage all parties, including both Governments, to seek a resolution to the current impasse which includes a strong, rights based Irish-language act.”

The Council of Europe recommendations can be accessed here: 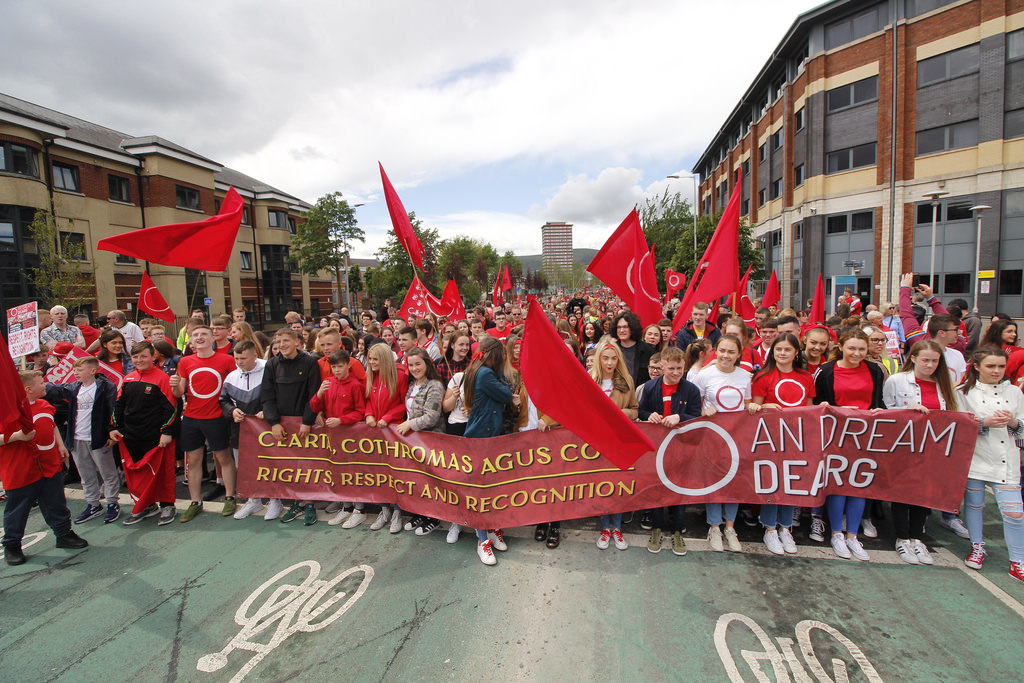