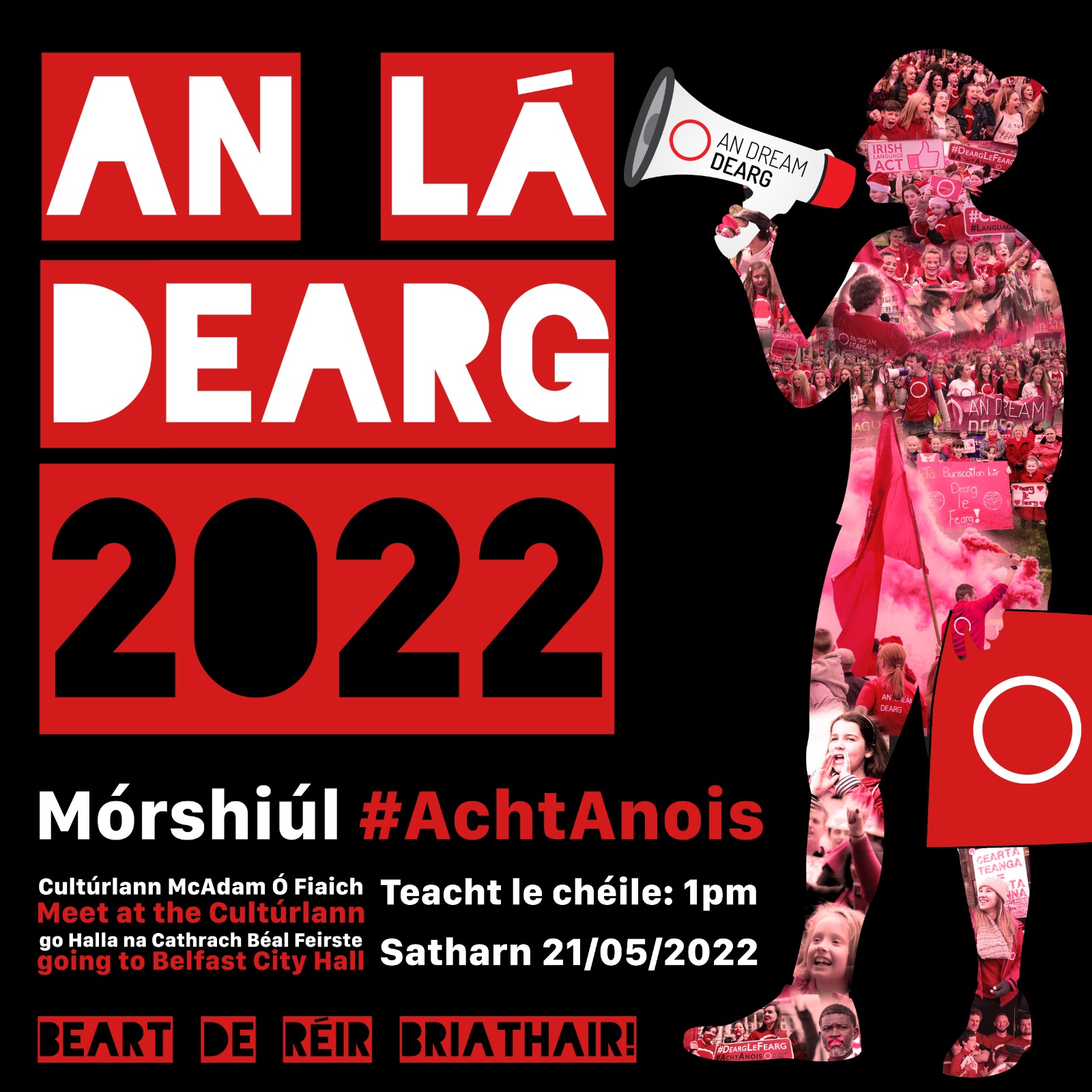 We had a historic day in Belfast on the 21st May 2022. An Lá Dearg was the biggest Irish language protest the island has ever seen and saw Gaels from across the world gathering outside An Chultúrlann Mac Adam Ó Fiaich, all wearing red in support of the ongoing campaign for an Irish language act in the north. An Lá Dearg 2022 was organised five years on from the last public rally in 2017 and this time, we saw busses travelling from all over the country; families, community groups, GAA clubs were among the crowd. 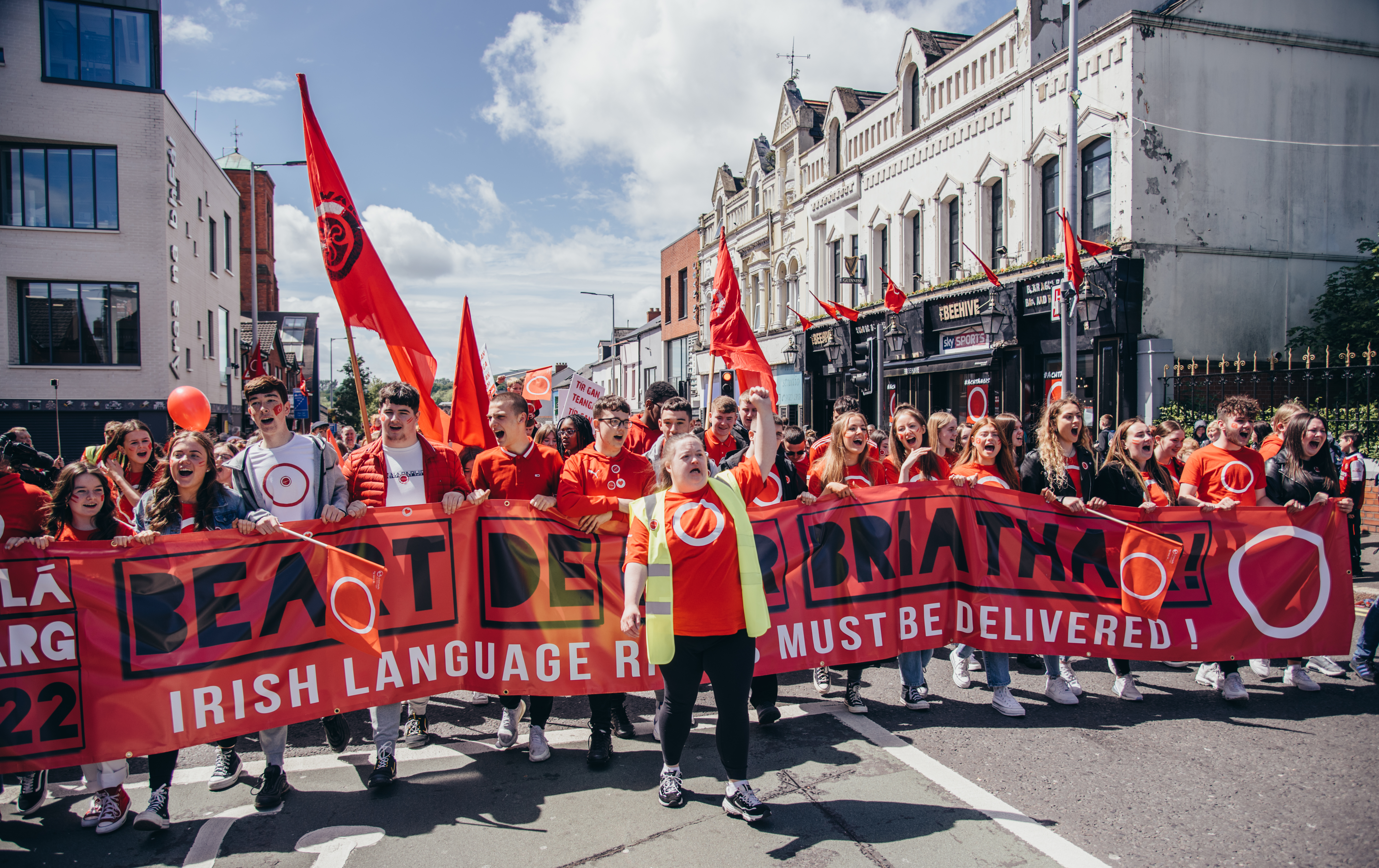 Niamh Ní Ruanaidh was announced as chief steward for the day, and under her guidance, almost 20,000 people took off for Belfast City Hall with a strong, unambiguous message of ‘beart de réir briathair’ [stay true to your word], referring to the ongoing delay in the implementation of Irish language legislation in the north. City Hall saw music and entertainment as the sea of red filled Belfast City Centre. An Lá Dearg’s special guest, Dáithí Mac Gabhann, was introduced and got proceedings underway, where we heard inspiring speeches from activists from right across the province.

Speaking from the stage, Conchúr Ó Muadaigh, spokesperson for An Dream Dearg, said:

“We have been absolutely blown away by the incredible support for Irish language rights today both from within the Irish speaking community and the wider support from broad sections of society here. We knew it was going to be big, but this is undoubtedly the biggest Irish language demonstration of a generation. An Dream Dearg has built a grassroots movement that has pushed the Irish language from the margins to the very centre of political and civic discourse both here and internationally, a movement that has spoken truth to power and ensured our community would no longer be treated as second class citizens, marginalised or excluded. Those days are gone for good. Our message is  clear and unequivocal. It is time for the British Government, the DUP and others with power and influence to end their decades-long veto and obstruction of Irish language rights. The Irish language Act is long, long overdue. Our community cannot and must not be made to wait any longer for the same language rights enjoyed by citizens across these islands. We demand better. We demand an inclusive and tolerant society, a society where our rights are enshrined in law to protect all those who wish to live their lives through Irish. Now is our time. Acht Anois.”

Other speakers included Clíodhna Ní Mhianáin, one of the first pupils to attend Gaelcholáiste Dhoire, Katie Ervine, youth worker with Glór na Móna, and Dónal Ó Cnáimhsí, a Gaeltacht representative who shared a strong message of solidarity. Videos and accounts from activists present on the day can be found by visiting An Dream Dearg’s official website.

Busses that travelled to An Lá Dearg 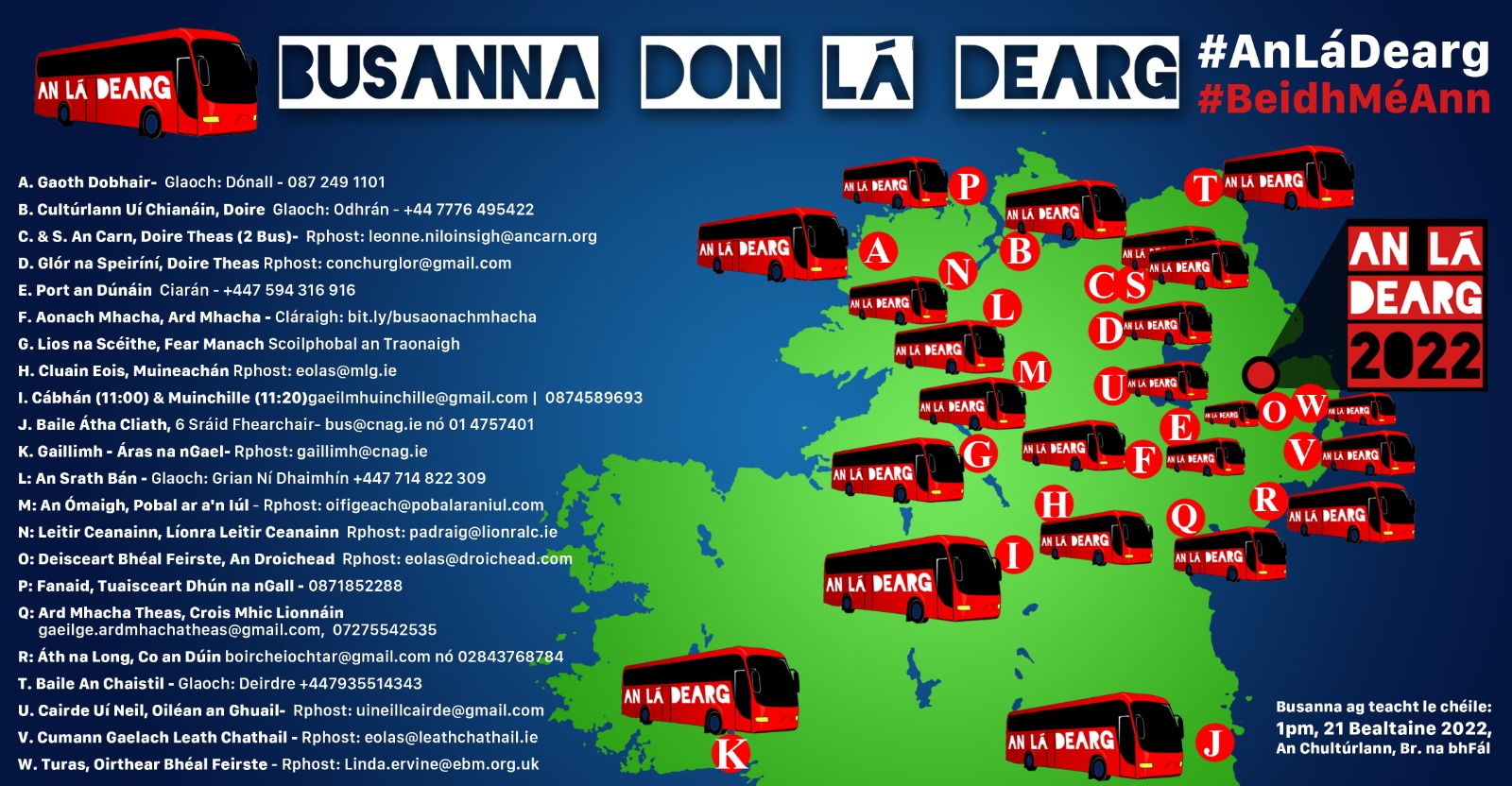 Official plan for the day 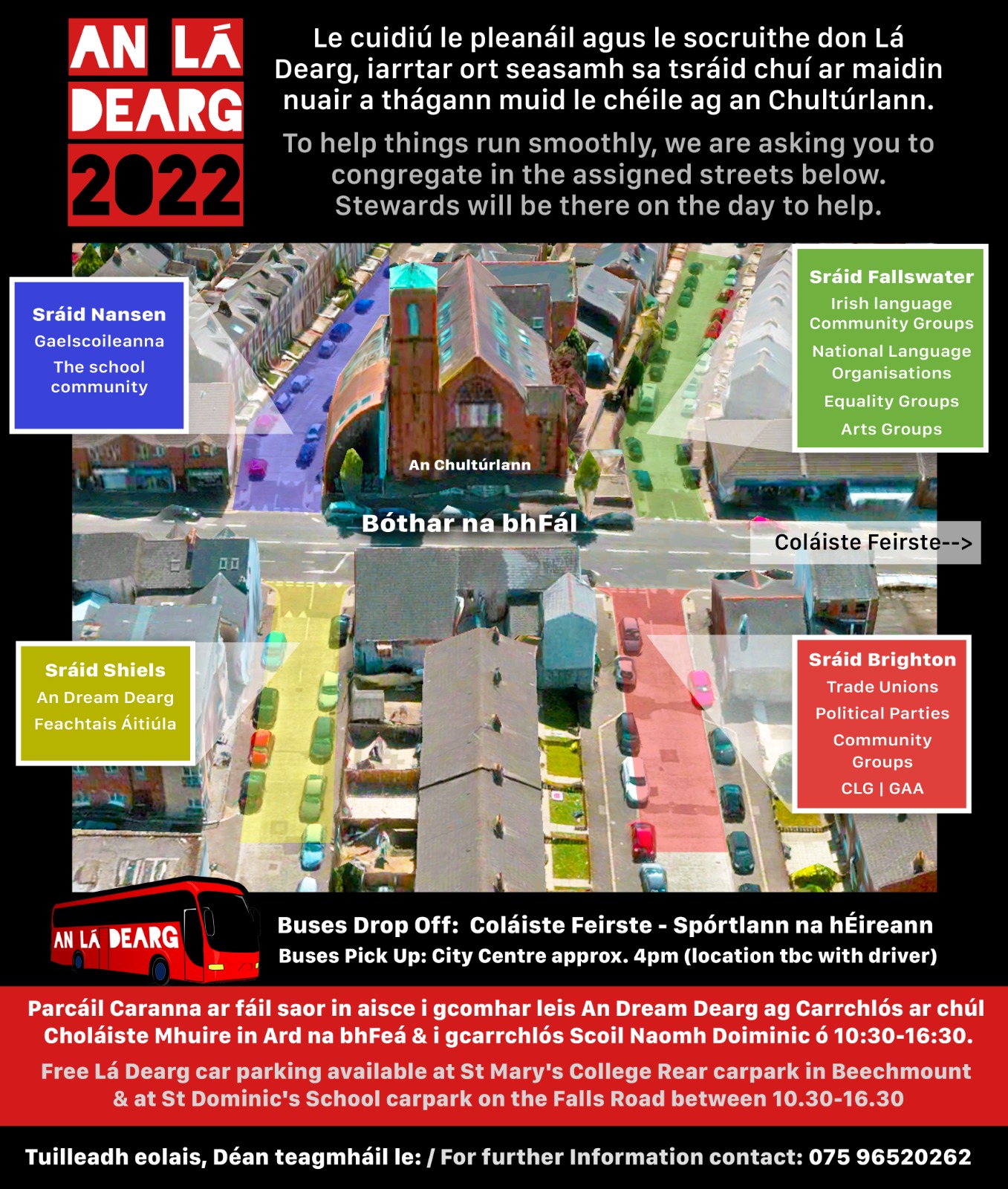