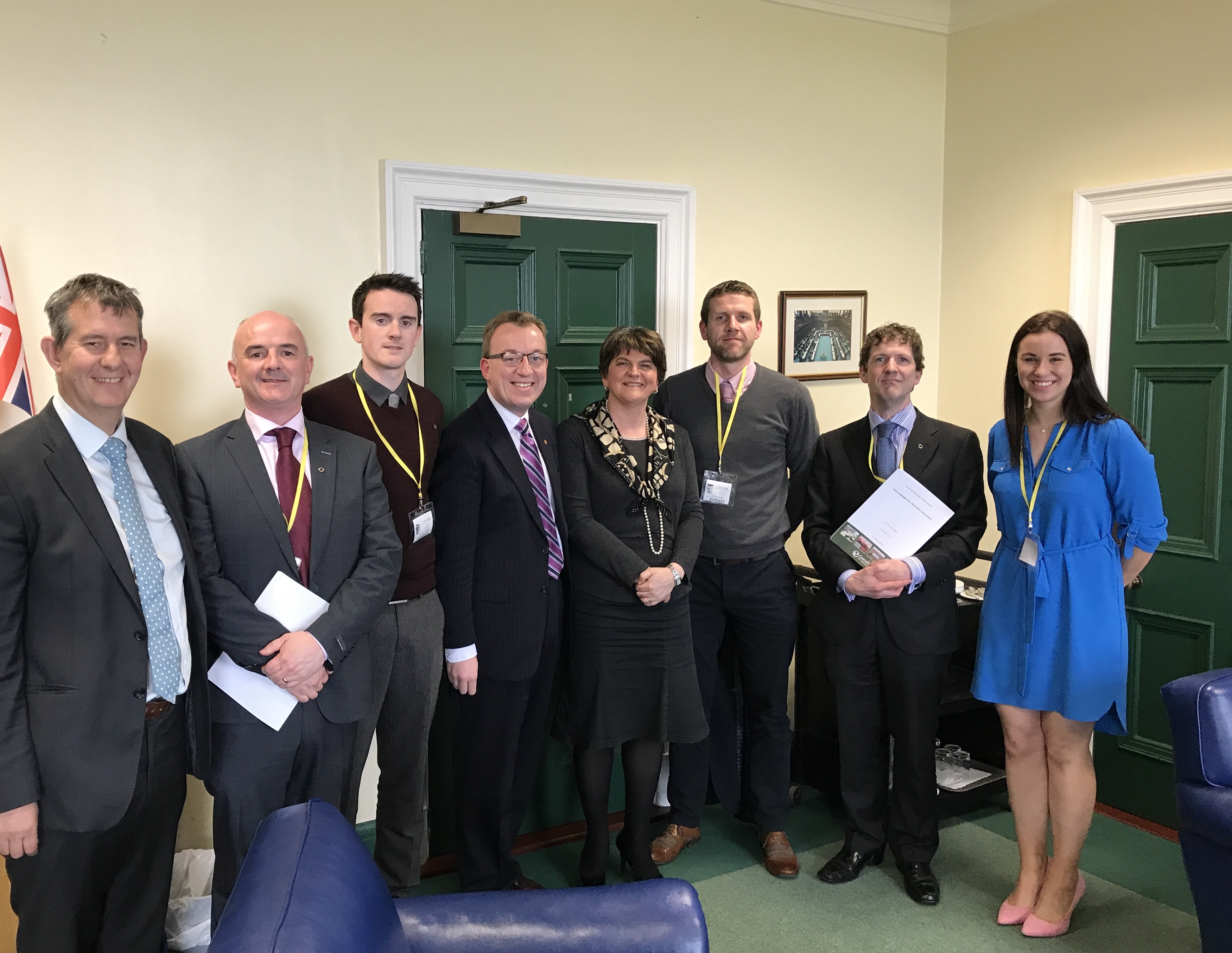 Arlene Foster, Edwin Poots, David Graham and Christopher Stalford were present on behalf of the DUP.

11 sections are proposed as part of an Irish language Act, including provisions which concern the Official status of the language; Irish in the Assembly; in Local Government; Irish and the BBC; as well as the role of a Language Commissioner and Placenames.

Conradh na Gaeilge released their dicussion document on their proposals for legislation that costed an Irish-language Act at £2million per year with an additional, one-off, cost of £9million needed to build the basic infrastructure to support the practical implementation of the legislation. These costs are based on a five-year plan over the lifespan of an Executive, leaving the total five year cost at £19million (£3.8million per year) and should, if implemented effectively, decrease over time.

“When we met with the DUP in April we were told that there would be legislative provisions for the Irish language. The meeting was largely focused on the Conradh na Gaeilge discussion document that includes detailed costings of the Irish-language Act. DUP representative Edwin Poots also acknowledged, significantly, that our costings were “reasonable”. We see this as a considerable development, considering the public statements previously made by the DUP in which cost was used as the main obstacle to progressing legislation.”

“If the DUP are content that our costings are ‘reasonable’ and therefore achievable, we would query the basis of the continued public opposition by certain members of their party to an Irish-language Act especially on the grounds of cost. Fears expressed by some members of the DUP around the potential excessive costs of an Irish-language Act (£30m - £100m annually) have been consistently used as a reason to prevent the introduction of legislation that was promised over ten years ago at St. Andrews, specifically in the period of ‘difficult economic circumstances’ in which we find ourselves. We would hope therefore that significant progress can be made during the ongoing talks given the DUPs acceptance that our proposals are reasonable, alongside the additional support of a majority of MLAs (50/90) who have previously and publically supported the campaign for an Irish-language Act.”