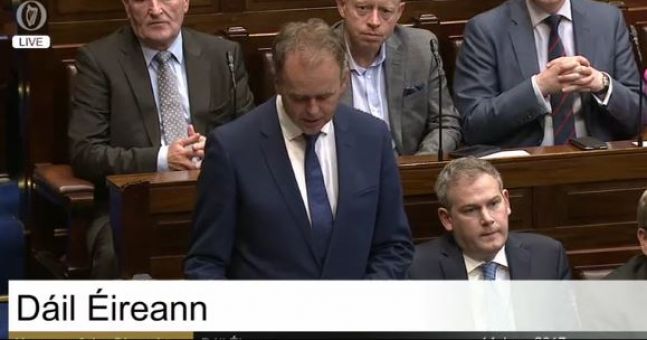 Conradh na Gaeilge welcomed the appointment of Joe McHugh as Government Chief Whip with responsibility for the Gaeltacht as part of the change of Ministers announced by the newly elected Taoiseach, Leo Varadkar TD, today (Wednesday, 14th of June 2017).

It is encouraging to the Conradh also that the new Taoiseach has given his public support for road signs that give equal standing to the Irish language, for an Irish language act in the north, and recognition for the rights of Irish speakers amongst other matters.

"The Conradh also look forward to Taoiseach Varadkar fulfilling his pledges with regard to strengthening the Official Languages Act in the south, to recruiting Irish language speakers in to the civil service, to ensuring those who choose Irish medium education can access it and to providing much needed resources to implement the 20 year strategy for the Irish language and increasing the number of Irish language speakers.”

“It is clear that the new Taoiseach understands some of the challenges the Irish language and Gaeltacht community are struggling with, and we hope to see him address those challenges through proactive definitive measures and through the provision of adequate resources, as he promised before being elected as Taoiseach.

“We also look forward to the Chief Whip, Joe McHugh, continuing the good work started by the Minister of the Gaeltacht, Seán Kyne, on the Heads of the Official Languages Act.”

Conradh na Gaeilge commends the Taoiseach, Leo Vardadkar TD, for the personal commitment that he displayed towards the use of the Irish language today, and we hope that he continues using Irish daily in his work as he did in his first address as Taoiseach in the Dáil earlier today.