Decisive and immediate action needed from the Government to counter the fall in the number of Irish Speakers, including need for legislation

Conradh na Gaeilge today (Wednesday, 3 May 2017) publicly announced the organisation’s proposed amendments to strengthen the Official Languages Act, 2003, in order to tackle the first ever reduction in the number of Irish speakers in the south since 1946. The Conradh na Gaeilge proposals also include recommendations made by the Language Commissioner.

The following recommendations are among the provisions being proposed to strengthen the Act:

“Conradh na Gaeilge is glad of the opportunity to present our proposals to strengthen the Official Languages Act of 2003 to the public today, proposals which include recommendations made by the Language Commissioner. We have discussed and developed these amendments with politicians over the past few months, and almost all members of the opposition now support these recommendations for the Act. Moreover, Minister Seán Kyne is actively working both with us and with the opposition to ensure that these proposals are included in the new Heads of Bill which the Government plans to publish in May.”

“It is now clear that, after almost 15 years of the Official Languages Act, 2003, the legislation urgently needs to be improved upon. There are certain sections of the Act that are not functioning as they should, and other elements that have not been included in the Act at all. These amendments are being proposed by Conradh na Gaeilge so that the Irish-speaking and Gaeltacht community can depend on the services being provided by the state to them through Irish, and so that the image and status of the Irish language will be enhanced throughout the general public.

“Needless to say, legislation alone will not increase the number of Irish speakers, but effective legislation is a pillar of support for those members of the public that wish to use Irish. In addition to calling for stronger legislation, Conradh na Gaeilge is constantly working to secure additional funding from both Governments north and south, to implement the investment plan agreed by 80 Irish-language and Gaeltacht groups, a plan which would create over 1,100 jobs and provide the public with increased opportunities to use Irish.”

The parties and politicians already supporting Conradh na Gaeilge’s amendments being put forward include Fianna Fáil, Sinn Féin, People before Profit, the Labour Party, the Rural Alliance, the Social Democrats, the Green Party and Catherine Connolly TD. Conradh na Gaeilge also is actively working with the Minister of State for Gaeltacht Affairs, Seán Kyne TD, and with the Department of Arts, Heritage, Regional, Rural and Gaeltacht Affairs to include the recommended amendments in the Heads of Bill currently being prepared by the Department.

Information from the 2016 Census on the number of Irish speakers: 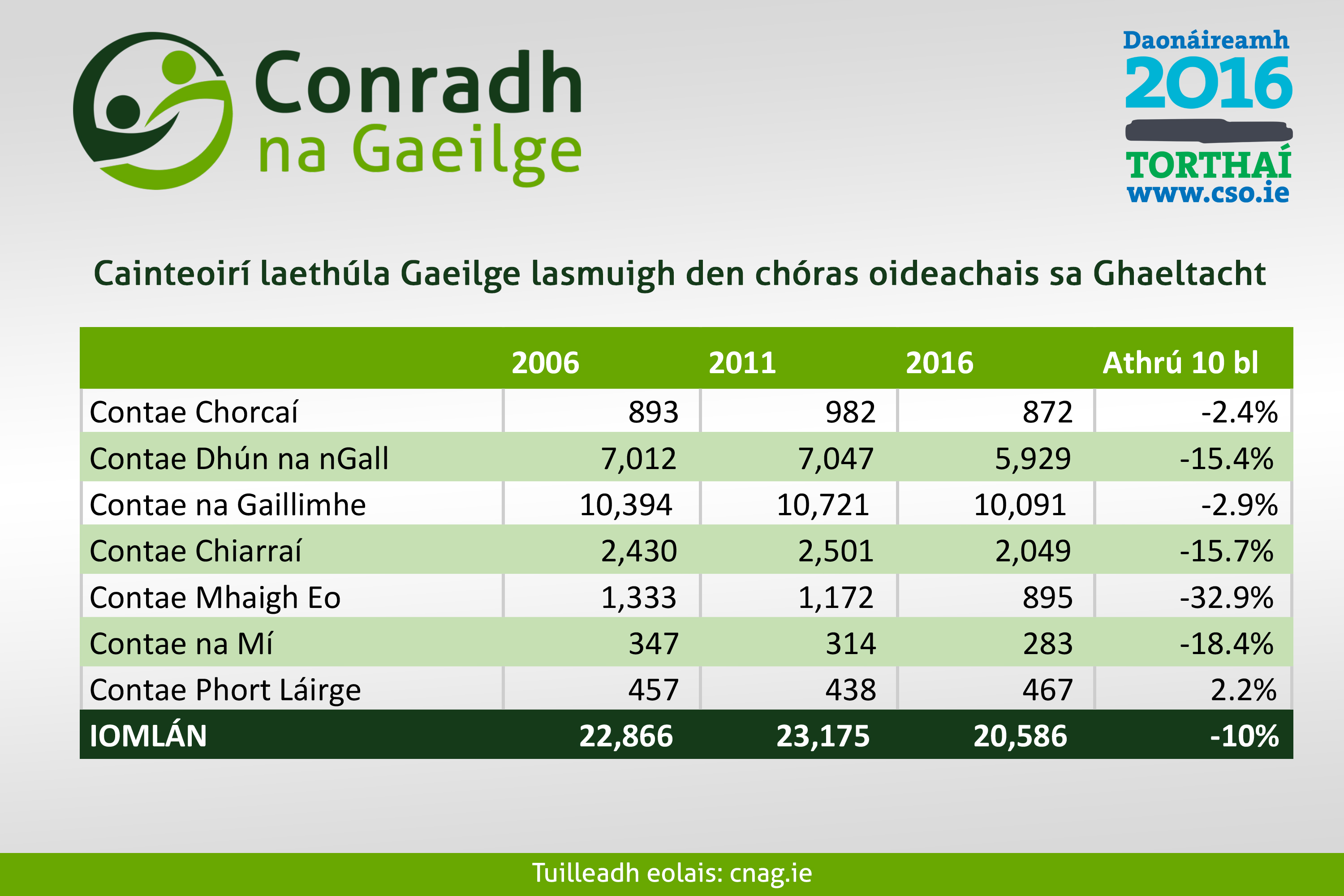 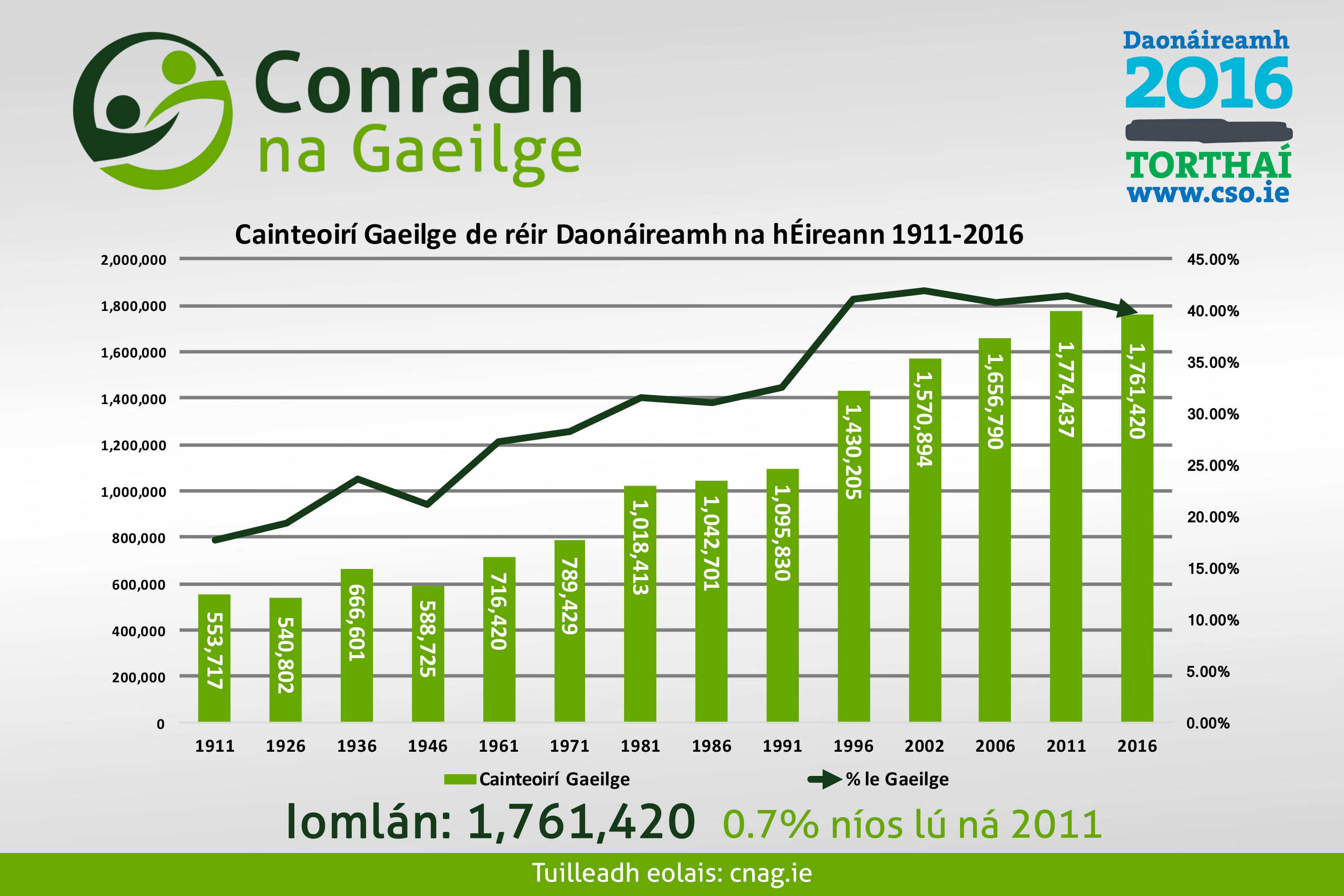