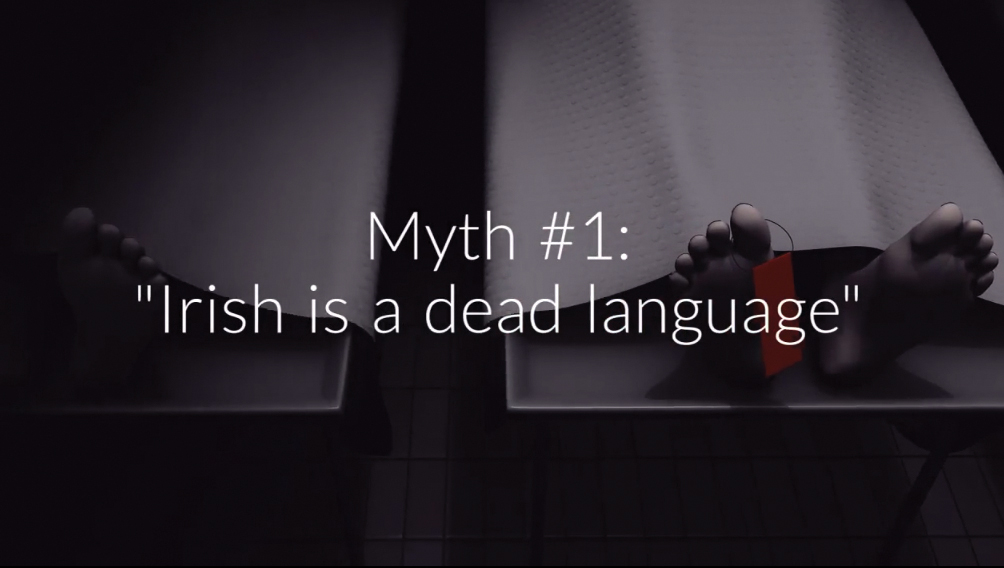 Conradh na Gaeilge has launched an awareness campaign to challenge misinformation about the Irish language today (Thursday, 16 March 2017), including a series of videos and nationwide talks entitled Mythbusting. The Mythbusting campaign videos and accompanying notes are available at www.cnag.ie/mythbusting alongside details of the public talks with Colm Ó Broin.

“With Seachtain na Gaeilge le Energia in full swing, the goodwill amongst the public towards the Irish language is more evident than ever. There are still many misinformed myths in circulation however, and Conradh na Gaeilge’s latest Mythbusting campaign aims to challenge and correct these ‘alternative facts’ with accurate facts and figures.”

“Misinformed opinions about Irish are often put forward as accurate and evidence-based facts when debates on language issues arise in the media, and most of these opinions simply aren’t true. When misinformation is repeated often enough however, it becomes the perceived reality and that is what this series of Mythbusting talks and videos is aiming to put right.”

The series of nationwide Mythbusting talks with Colm Ó Broin will start in Gorey Library, Co. Wexford, at 8.00pm next Tuesday (21 March 2017) with further talks scheduled for Galway, Derry, and Belfast. Details can be found at www.cnag.ie/mythbusting.