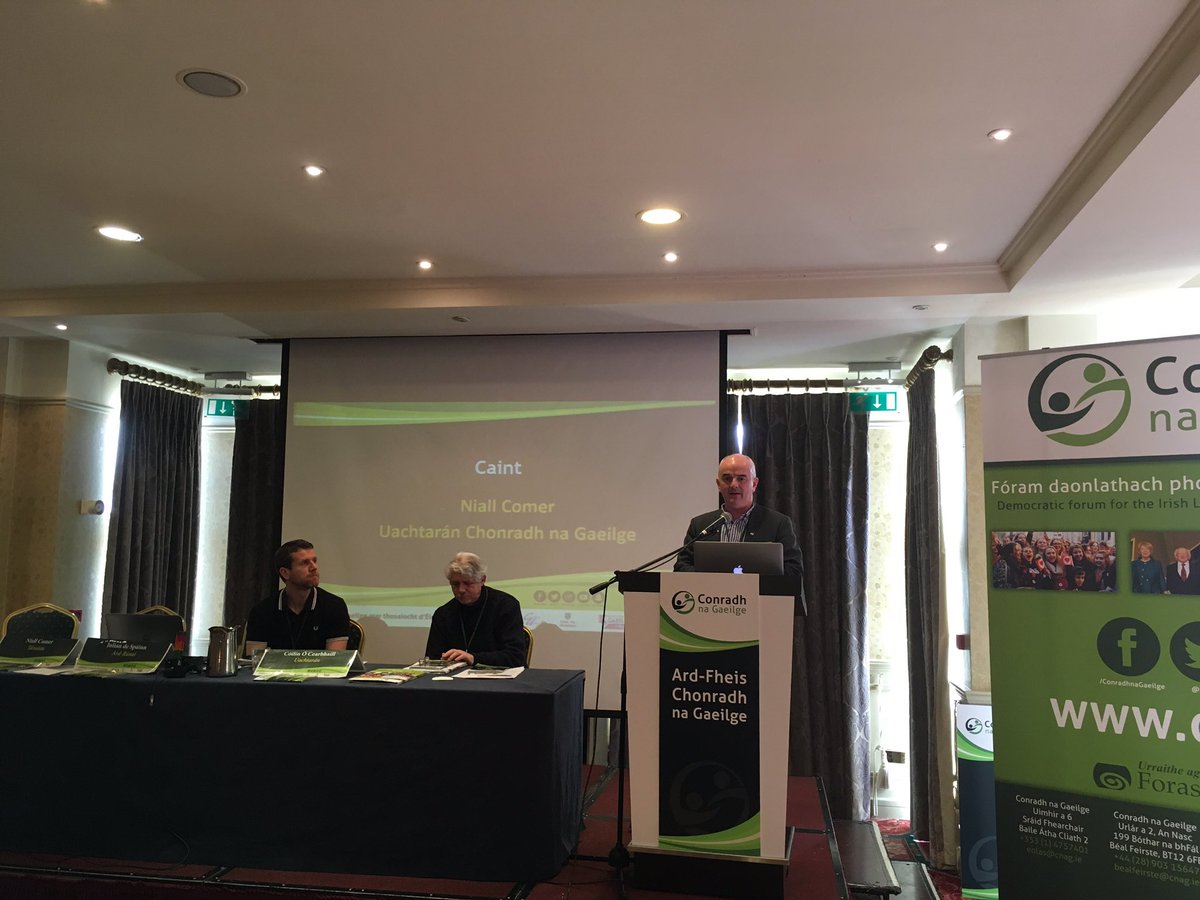 Dr Niall Comer, an Irish Lecturer in the University of Ulster and member of The Research Institute for Irish and Celtic Studies, has been elected as President of Conradh na Gaeilge at the organisation’s Ard-Fheis in Galway today (25 February 2017).

“The Irish-language community is at the heart of the current political discourse in the run-up to the Assembly elections this Thursday, and the opportunity to realise rights-based legislation to protect the language in the north is nigh. There is no Act without a resource-based Strategy however, be it north or south.

“Regardless of their religious background, where they hail from, or what life choices they make, I believe Conradh na Gaeilge should play a central role in bringing every man, woman, and child on this journey of reviving the Irish language and culture in modern-day Ireland. There was a time when Ireland was among the most learned and cultured countries in the world, and the Irish language was central to this. Let us make it so again.”

A native of Newry, Dr Comer has strong Galway roots through his family connection to Glenamaddy but he currently lives in Glenullin, Co. Derry, and works as an Irish-language lecturer in the University of Ulster. He was the editor of An tUltach for seven years and spent time as manager of the Irish-language magazine as well. He has been an active member of Craobh an Iúir, the Newry branch of Conradh na Gaeilge, since his teenage years. He was nominated Tánaiste of Conradh na Gaeilge three years in a row and prior to that, President of Comhaltas Uladh, the provincial branch of Conradh na Gaeilge in Ulster.