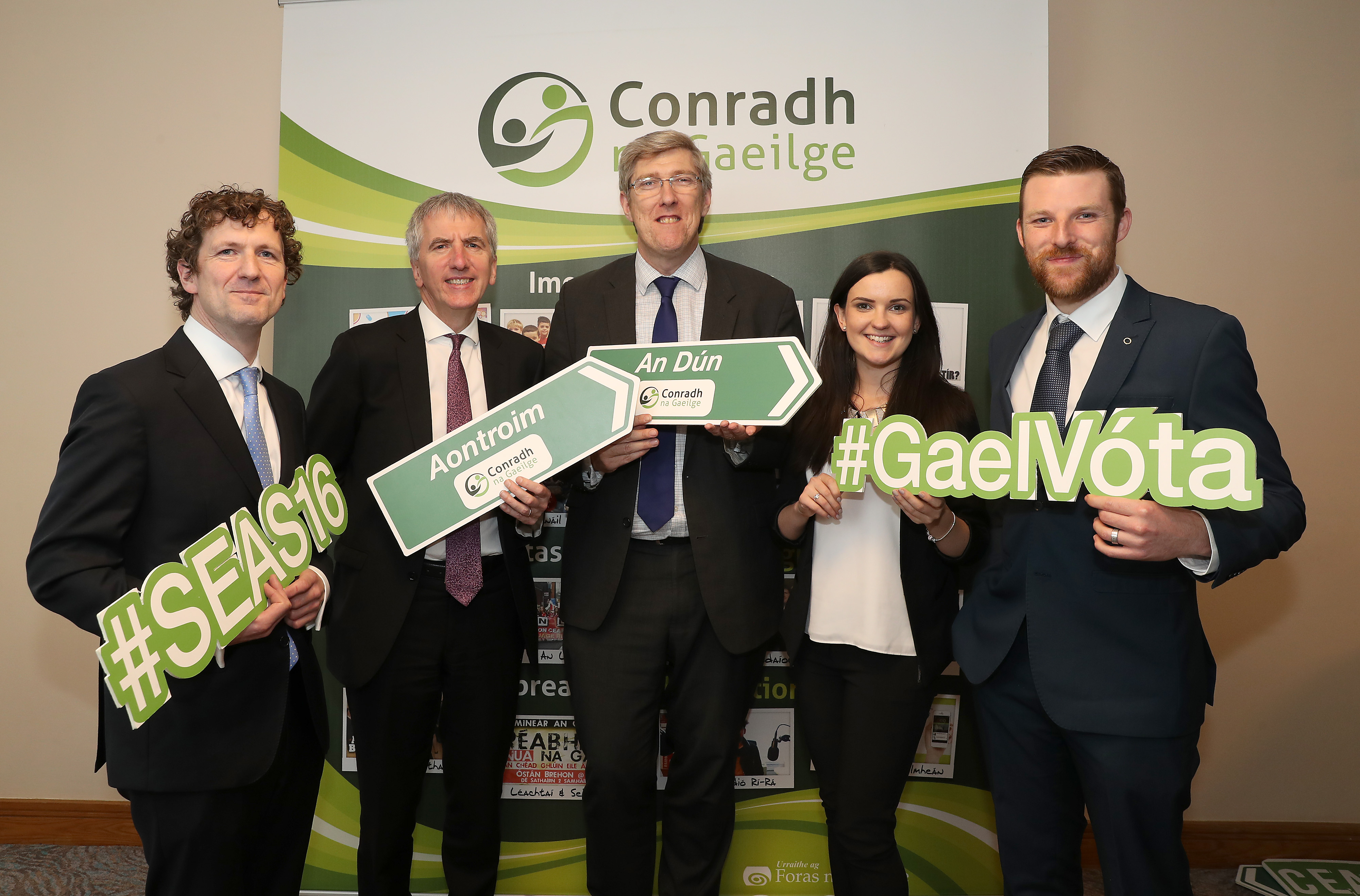 Conradh na Gaeilge is calling on MLAs to reverse the detrimental cuts to the Irish-language sector in recent years, and to approve funding for an investment plan proposed by over 80 Irish-language groups. The new Irish-language Strategy was also on the agenda for the meetings, as was the importance of the development of Irish Medium Education, alongside discussions on local Irish-language initiatives and projects.

“The budget for state funding body, Foras na Gaeilge, has been reduced by almost 30% since 2008, and Conradh na Gaeilge believes it is time for the Government to reverse those hugely damaging cuts, which have such detrimental implications to grassroots communities and threaten current thriving projects, and call on the Executive to re-invest in the Irish language.”

“Over 123 jobs could be created if this investment plan was to be fully implemented, starting with £510,300 in 2017. This plan has been agreed by more than 80 Irish-language groups, and already enjoys the support of 45 MLA. The plan also aligns with the Executive’s longstanding commitments regarding the development and promotion of the Irish-language.”

Conradh na Gaeilge is calling on the Executive, along with the Irish Government, to reverse these cuts, which are having a devastating impact on language and community schemes in the north at grassroots level, especially in the last 12 months, such as; 40% cut to the Seachtain na Gaeilge budget, 40% cuts to the Youth Events Scheme and substantial cuts to the budget for the Irish in the Community Schemes, which leaves their employed officers on 4 working-days per week.

The budgets of both Foras na Gaeilge and Údarás na Gaeltachta were reduced substantially in recent years, while at the same time there was a broadening of their responsibilities and additional duties to protect and promote the Irish language and the Gaeltacht were placed upon them. New government policies and legislation such as The 20 Year Strategy for the Irish Language 2010-2030 and The Gaeltacht Act 2012 in the south, and The Strategy to Improve and Protect the Development of the Irish Language 2015-2035 in the north, had significant resource implications for both Foras na Gaeilge and Údarás na Gaeltachta, though these Irish-language and Gaeltacht authorities were not provided with any additional resources necessary for the implementation of these programmes, rather their respective budgets have been severely cut in recent years.

Some relevant results of the island of Ireland survey, Attitudes towards the Irish Language and Irish language policy, conducted by Paul Moran of Millward Brown on behalf of Conradh na Gaeilge in 2015::