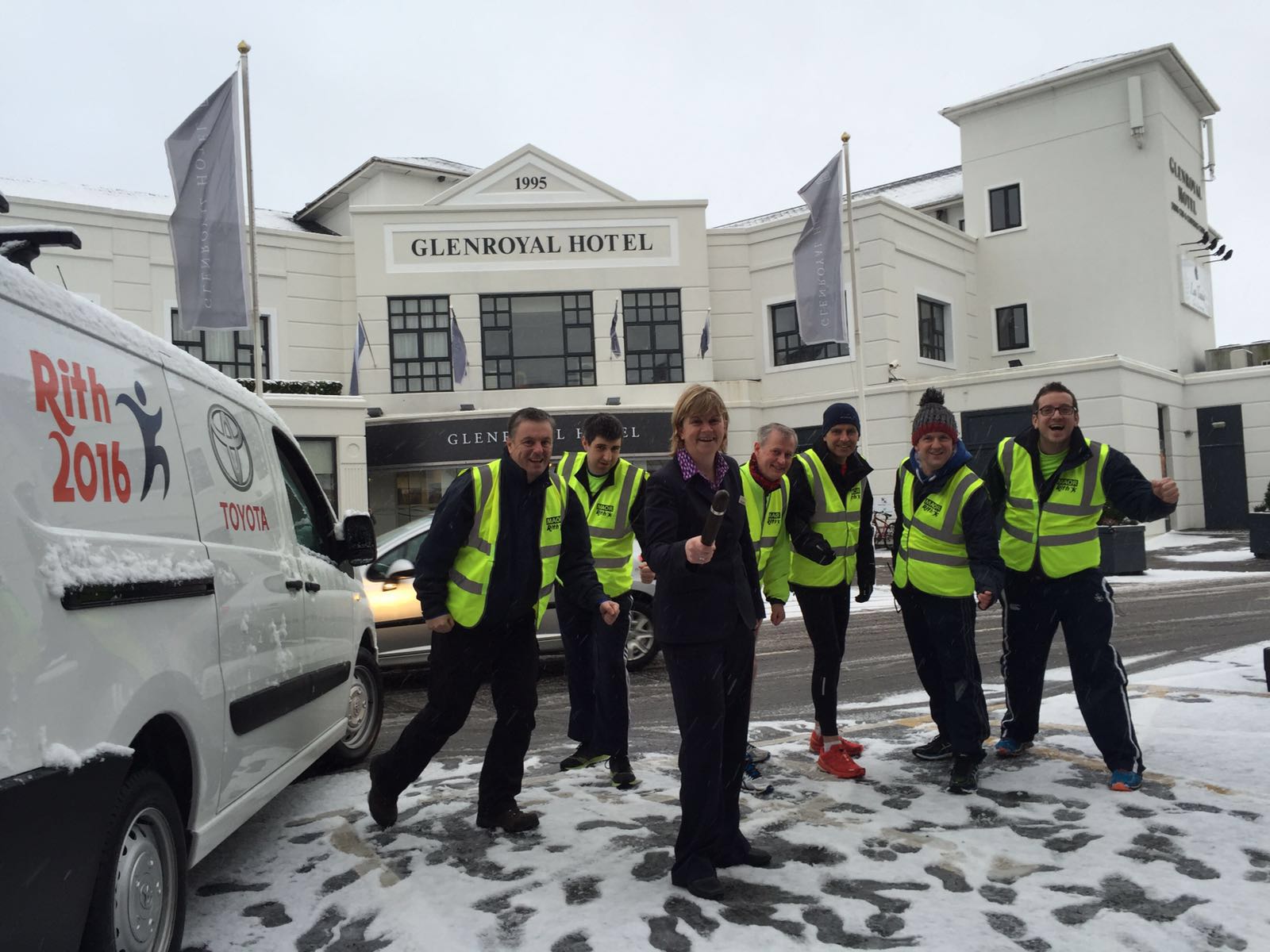 Rith 2016 will start at 9.30am this morning (Friday, 4 March 2016) at Castletown House, Co. Kildare, and it will be the first time ever that the national relay run will travel through every county in Ireland over the course of 11 days. #Rith2016 will finish with a street concert with Seo Linn in Trinity College in the heart of Dublin City on 14 March 2016.

Rith 2016 is one of the primary commemoration events of the 1916 Easter Rising, and an 800km course has been laid out for the relay run, passing through all thirty two counties in Ireland with thousands of people taking part.

10,000 people took part in the first Rith in Ireland in 2010. The second Rith took place in 2012 with 27,000 people running over 700 kilometres, through all four provinces. Then over 30,000 people participated in Rith 2014, and it’s expected that over 50,000 people will run in Rith 2016 this year. The runners will pass along a baton which contains a message of hope from The President of Ireland, which will be placed in the baton at the beginning of Rith 2016 and passed from person to person, from kilometre to kilomtre to the finish line of Rith 2016. Críona Ní Dhálaigh, the Lord Mayor of Dublin, will read the message from the President of Ireland, Michael D. Higgins, at the end of Rith 2016.

Every kilometre is sponsored by individuals, schools, community groups, companies and more, and each kilometre for Rith 2016 costs €100. There’s no need to sponsor a kilometre to take park, but the sponsor of each kilometre will lead Rith 2016 for that kilometre, carrying the President’s message of hope. A list of the cities, towns and villages that Rith shall pass through is available at www.rith.ie.

"It is unbelievably heartening and encouraging for all of us when thousands of people come out on the roads of Ireland to support the Irish language. Rith 2016 is a huge part of not only Seachtain na Gaeilge this year, but also a central event of the 1916 Rising Commemorations. Hundreds of different groups, from schools to community groups and sports clubs, and plenty of others too, have already sponsored individual kilometres of Rith 2016 so far!”

The continuous relay run will be travelling through towns, cities and villages throughout the country. The Rith team and participants will be heard singing, shouting and chatting to each other as Gaeilge, before they are even seen running along between a vehicle convoy, with thanks to Toyota Ireland.

Rith is a biennial festival which started in 2010 and aims to celebrate the Irish language within the community in an inclusive, visual and active way. People can still support Rith 2016 by taking part in their locality or by sponsoring a kilometre, or kilometres. All profits raised by Rith are reinvested into communities, supporting the Irish language at a local level.