Surprise Yourself with Seachtain na Gaeilge 2016 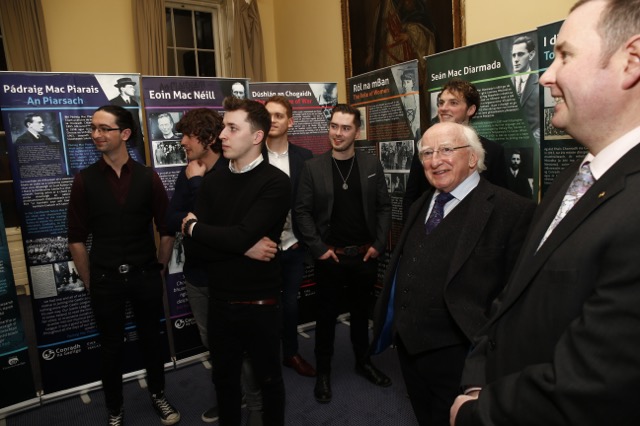 The largest Irish language festival in the world starts today, 1 March, after its launch at the week-end

Seachtain na Gaeilge 2016, the international festival that will encourage 750,000 people to use the Irish language all around the world, gets underway today (1 March 2016). Thousands of community and school events will take place throughout the island of Ireland and as far afield as Kansas and Australia, to give everyone, learners and fluent speakers alike, the opportunity to enjoy and have fun through the Irish language.

“Over 200 community groups will be celebrating and partaking in Seachtain na Gaeilge around the world again this year. Irish will be heard at a variety of events including Rith 2016, concerts, film screenings, comedy nights, tours of heritage and tourism sites, library events for young and old, and lots more from 1 – 17 March 2016. In addition to all that, there will be a special commemoration of the role the Irish language played in the vision of the Easter Rising leaders in 1916 with a special festival, Féile na Físe, in schools on 15 March 2016. Join us and try out your Irish – bain triail aisti!”

President of Ireland, Michael D. Higgins, launched Seachtain na Gaeilge 2016 at the opening of the Conradh na Gaeilge Ard-Fheis in Dublin Castle on Friday (26 February 2016), where he met Seachtain na Gaeilge 2016 ambassadors, the music group Seo Linn. Seo Linn shot to fame for their YouTube videos with Coláiste Lurgan, performing the likes of Avicii, Macklemore and The Cup Song as Gaeilge. They recently launched as a full-time band thanks to the start that the Irish language gave them.

“We actually weren’t that interested in Irish when we were growing up. It wasn’t until we started playing music through Irish that our love for the language grew and we’re very grateful to the language for the opportunities it has given us since then. We’d say to anyone, if you have an interest or a passion in anything in particular, give it a go as Gaeilge. Like the Seachtain na Gaeilge motto says, Bain Triail Aisti – Surprise Yourself! We did!”

Rith 2016, the all-Ireland festival and relay run for the Irish language, will be one of the main events for Seachtain na Gaeilge 2016. It will run over 11 days and 2600 kilometres and visit every county in Ireland to encourage 50,000 to celebrate the language on the country’s streets and roads from 4 – 14 March 2016 as part of Seachtain na Gaeilge 2016. More information about Rith 2016 is at www.rith.ie.

Seachtain na Gaeilge 2016 events are listed on the festival website www.snag.ie or you can download the festival app from the App Store or Google Play to find events near you. You can also use the app to brush up on your Irish phrases with the feature Frása an Lae.

EVENTS:
List of regional events can be viewed at the following link: Seachtain na Gaeilge 2016 - Events by Province/County

PHOTOGRAPHER:
Conor McCabe
00353 85 7057255 | This email address is being protected from spambots. You need JavaScript enabled to view it. | www.conormccabe.ie

Photographs of the President of Ireland, Michael D. Higgins, with the band Seo Linn, Ambassadors for Seachtain na Gaeilge 2016, are available from Conor McCabe Photography.