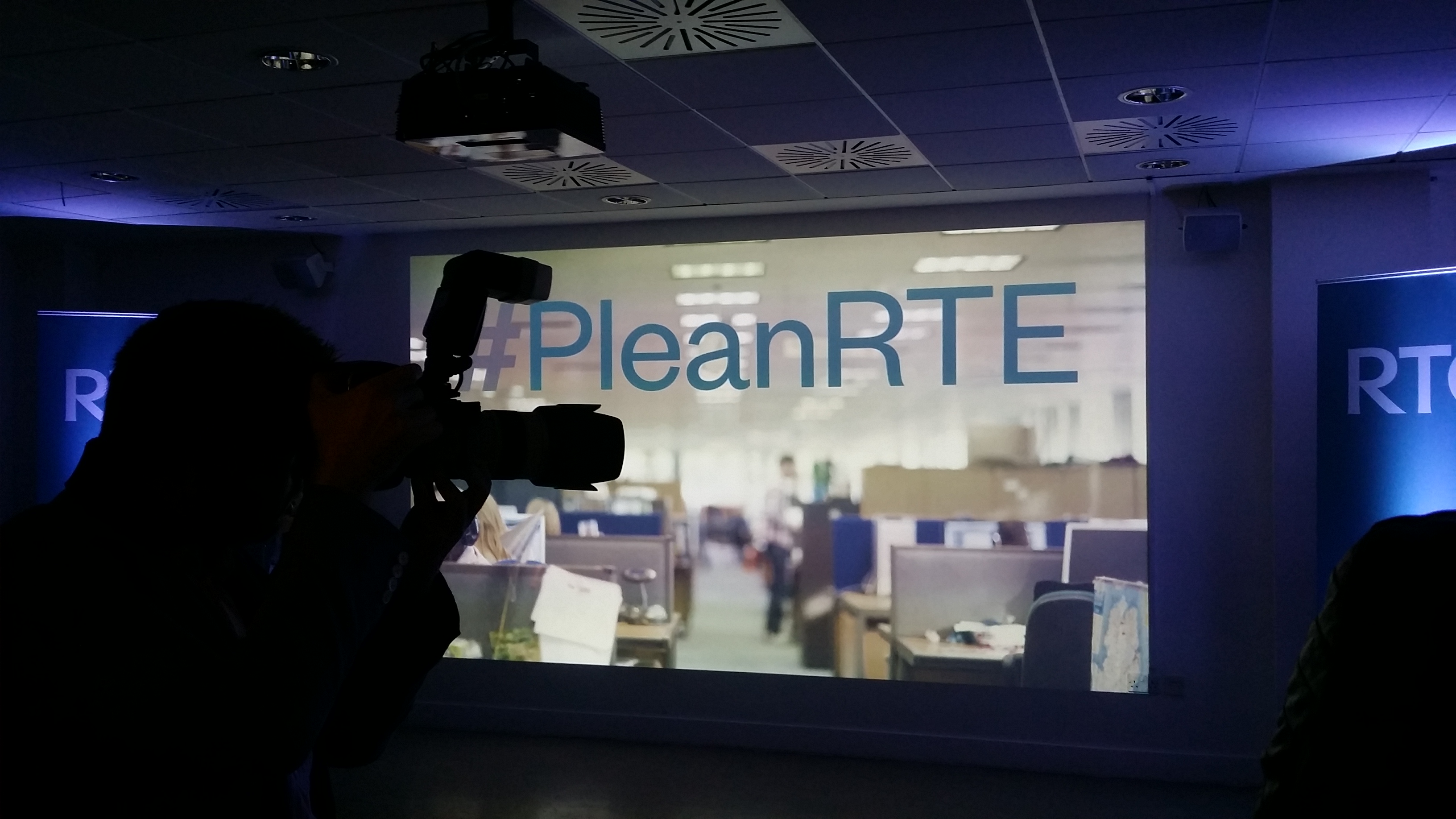 Conradh na Gaeilge welcomes the launch of RTÉ’s Irish Media Action Plan 2015-2019 and Language Scheme for RTÉ 2015-2018 today (Tuesday, 01 September 2015), and especially welcomes the inclusion of Conradh na Gaeilge recommendations with regards to providing viewers with the option of Irish-language commentary on sports games, and utilising the bilingual approach employed for Seachtain na Gaeilge throughout the year. RTÉ must ensure, however, that the number of hours dedicated to Irish-language programmes on the television is increased substantially in the future, and Conradh na Gaeilge recommends that RTÉ includes a measurable goal of providing at least one hour per week of programmes in Irish on RTÉ in this five-year Meáin Ghaeilge RTÉ Action Plan 2015-2019.

“Conradh na Gaeilge has long believed that the national broadcaster of Ireland should follow the good example of Wales by providing the option for viewers watching sporting events on RTÉ One and RTÉ2 to choose commentary in Irish via the digital system. While RTÉ is only planning to make this Irish-language option available for the All-Ireland football and hurling finals at present, this pilot is a good start and Conradh na Gaeilge hopes to see the service expanded to all future games.

“It is also of huge importance that RTÉ recognises in its Meáin Ghaeilge Action Plan 2015-2019 that Irish-language usage and branding offers RTÉ something that is distinctive and unique; that Irish is popular with its audience; and that the country’s language will help RTÉ define itself and stand out as the national broadcaster of Ireland in an ever-expanding domestic and global marketplace.”

According to the Meáin Ghaeilge RTÉ Action Plan 2015-2019, Irish will be used “in television promos, continuity and weather bulletins,” as is currently the bilingual practice adopted during Seachtain na Gaeilge every March, and Conradh na Gaeilge highly commends this approach.

Conradh na Gaeilge also welcomes the commitment to reinstating RTÉ’s Cláracha Gaeilge Irish-language programming department to a fulltime basis, and the Conradh hopes Irish will be heard far more frequently on every station and on every platform belonging to RTÉ, and not on TG4 or RTÉ Raidió na Gaeltachta alone. To this end, Conradh na Gaeilge is calling for a commitment to have an increased number of Irish-language programmes on each of RTÉ’s television and radio stations, to adequately serve the public.

“Conradh na Gaeilge welcomes the adoption of the bilingual approach used during Seachtain na Gaeilge throughout the entire year, and the assurance by RTÉ that the Irish language will be integrated and interwoven into everything they do, but there is still a need for more whole programmes in Irish across all of RTÉ’s services as well; Irish-only programmes shouldn’t be confined to only TG4 and RTÉ Raidió na Gaeltachta.”

Conradh na Gaeilge commends RTÉ for putting emphasis on providing innovative material for language learners such as an online media course for Transition Year students, and on developing new digital media resources in the Irish language, including an Irish-language option for the navigational user interface on the next version of the RTÉ Player.

“The use of Irish among young speakers is critical for the future of the language, and Conradh na Gaeilge is pleased with RTÉjr’s commitment to commission Irish- and English-language versions of certain animated series.

“According to the information in the plan that was launched today however, the number of hours dedicated to programmes in Irish on RTÉ fell from 15.5 hours in 2013 to 13 hours in 2014; this is an incredibly low figure – a little over half a day over the whole year. The number of hours of Irish-language programming on RTÉ must be significantly increased, and this should be set out as a measurable goal in the plan; Conradh na Gaeilge is recommending that there should be a goal of at least 52 hours included per year, i.e. an hour every week, by the end of 2017.”

Conradh na Gaeilge welcomes the launch of the Meáin Ghaeilge RTÉ Action Plan 2015-2019 and Language Scheme for RTÉ 2015-2018 as a good starting point, but hopes that the number of hours dedicated to programmes completely in Irish will increase markedly across all of RTÉ’s stations in the future, and that the main RTÉ.ie website will be fully bilingual as opposed to only providing certain articles in Irish.