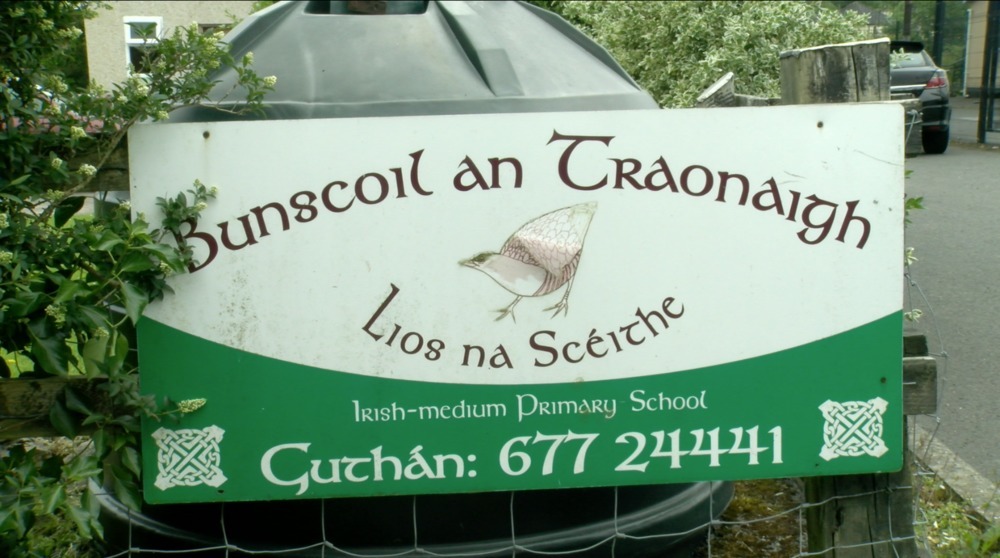 Conradh na Gaeilge has welcomed the investigation published today (4 July 2018) by The Detail and Meon Eile regarding the development and site allocation for the Fermanagh based Irish-medium primary school Bunscoil an Traonaigh. The investigation has uncovered information regarding what is considered to be deliberate attempts to halt and delay the school, alongside a breach of Ministerial and Departmental policy regarding the allocation of Education sites, directly involving the former minister for Education Peter Weir.

“These regressive actions are the latest to emerge in a long line of decisions from DUP Ministers attacking the Irish-language and Irish-medium education. It follows decisions such as the decisions to cut the Líofa funding in December 2016, the removal of Irish from the Department of Education website, alongside attempted cuts to the nurture units in several Irish medium schools. The Minister’s actions as laid out be The Detail & Meon Eile are in stark contrast to the actions of Bunscoil an Traonaigh throughout, as the school has campaigned and lobbied openly, and went through all legal and proper channels. It is not too much to ask that the law and that the department’s own policies are adhered to. It must also be stressed, however, that there is enough land to accommodate all interested partners. This case must now be resolved as soon as possible and the development of Bunscoil an Traonaigh progressed at the agreed site without any further delay.”

“There is a statutory duty on the Department of Education to “encourage and facilitate the development of Irish-medium education.” It is the opinion of Conradh na Gaeilge that this report clearly highlights significant short-comings and failings relating to this legal obligation. All parties must now act in the interest of the young people attending Bunscoil an Traonaigh, who have been left waiting on the side-lines for too long. This pattern of attacks on the Irish speaking community cannot continue nor can it be condoned. It is these attacks and these discriminatory decisions that have strengthened the campaign for an Irish language Act. There should be immediate legislative and rights-based protections for the language as there are for others across these islands.”

The Detail report can be accessed at: http://www.thedetail.tv/articles/legal-challenge-as-delays-and-political-wrangling-leave-irish-medium-school-buildings-falling-apart