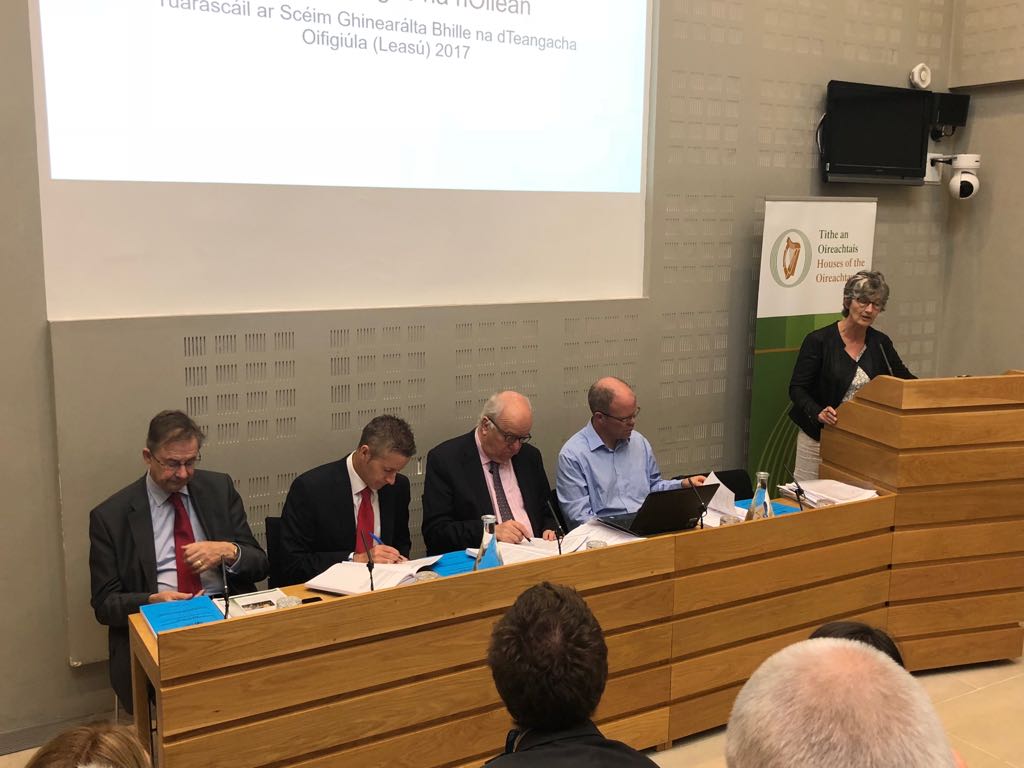 Conradh na Gaeilge welcome the extensive Report on the General Scheme for the Official Languages Bill (Amendment) 2017, presented by the Committee on the Irish Language, the Gaeltacht and the Islands today, 19 June at 13.00 at The Houses of the Oireachtas.

“We are very pleased that recognition has been given to the need for Irish language employment in the public sector as a priority, but it is important that there will be a deadline set to ensure that this target is met.  The report also supports Conradh na Gaeilge’s request that all state officials in public offices in Gaeltacht areas will operate through Irish, but again, a deadline needs to be set for this goal in order to ensure that it will happen.

One thing that has not been mentioned in the Report is the need for representation of the community on the Recruiting Committee which will be founded to deal with recruitment planning.  The public play a vital role in this process, and it must be ensured that they are represented on the Committee in order for it to function as it should.”

“It is excellent that other recommendations made by Conradh na Gaeilge, which are not mentioned in the headings, are also included in the Report. For example, the legislation in relation to bilingual traffic signage with equal representation of both languages, which was supported by the Taoiseach himself when he was Minister for Transport.  Other recommendations of ours have also been included, including the recommendation that all companies contracted by the State to provide services to the public, Dublin Bikes for Dublin City Council for example, should be required by contract to provide services bilingually

Conradh na Gaeilge are looking forward to ensuring that their goals, as well as excellent  recommendations made by the Dáil Committee in the Report be implemented in the upcoming weeks and months, to ensure that an effective and satisfactory legislation can be put in place.