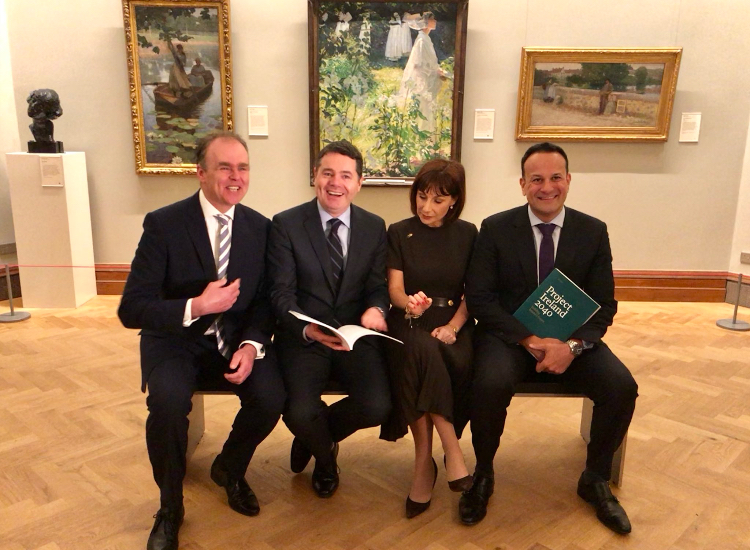 Conradh na Gaeilge welcome promises made to invest in the Irish language and Gaeltacht areas as part of Project Ireland 2040, which will be announced by Minister Josepha Madigan in the National Gallery today.

The Minister for Culture, Heritage and the Gaeltacht will announce investment promises to provide €13 million for Gaeltacht Service Towns, Irish Language Networks around the country; that €33 million will be spend on language planning processes in Gaeltacht areas; and to provide Údarás na Gaeltachta with a budget of €105 million to create employment, which will create in the region of 1,000 jobs annually, to counteract unemployment and the depopulation of Gaeltacht areas.

Also included is the development of an Irish language and cultural centre in Dublin city, something which is not available yet to the thriving community of Irish speakers in the capital.

“It is a cause for hope that the Government understands the importance of assisting the support, protection and development of the Irish language, and especially the Gaeltacht, for example, the support for childcare. The plans to develop Irish Language Centres in Gaeltacht Service Towns and Irish Language Networks are also to be commended.  These are suggestions that were made in an investment plan supported by 90 Irish language and Gaeltacht organisations, who deserve credit for the campaigning and hard work they have done to date. Conradh na Gaeilge are looking forward to receiving clarification regarding the timeline over which these plans will be implemented, and we look forward to playing our role alongside the Government to put these plans in place in the near future.”

“To increase Údarás na Gaeltachta’s budget for the creation of employment is a suggestion that has been made and supported by 90 Irish language and Gaeltacht organisations, and politicians over the past number of years.  Credit is due to these groups for their campaigning and hard work to date, to the Department of Culture, Heritage and the Gaeltacht, and to the Government overall for listening to these requests. We will, however, be expecting a tangible timeline for this increased budget to create employment in the Gaeltacht.”