A Conradh na Gaeilge delegation met with Sinn Féin representatives at Stormont this afternoon, Thursday 15 February 2018, for updates from the party regarding the draft talk proposals. Conradh na Gaeilge was informed that a standalone Irish Language Act had been agreed, which included official recognition of Irish, an Irish language commissioner, and the repeal of the ban on Irish in courts through the Administration of Justice (Language) Act (Ireland) 1737.

Conradh na Gaeilge expresses its regret and disappointment that the rights of not only Irish speakers, but the rights of those who are interested in the protection and the development of the language, are once again being denied by the DUP. This community was promised 10 years ago that there would be an Irish Language Act, as there is in Wales and in Scotland. A Conradh na Gaeilge delegation had stated to the Secretary of State, Karen Bradley, MP, during our meeting with her last week that it would be incumbent upon the British Government to bring in Legislation if the Assembly was not set up again. Conradh na Gaeilge is looking to meet with the Secretary of State in the coming days, as well as the Taoiseach, and we will once again make this case. The Irish Language movement is determined to achieve an Act which will benefit all in society, and these efforts will not cease until we have achieved parity of esteem.

It’s clear from the information released today that there was an agreement between the DUP and Sinn Féin and that a standalone Irish Language Act was included in that agreement. Official status for the language, alongside an Irish language commissioner, was also included to protect the rights of the Irish language community. These provision include basic and essential elements for language legislation that are common across the world and we are dismayed that the DUP did not have the willingness to accept such basic proposals. Conradh na Gaeilge welcomes the support from Sinn Féin, from the 4 other parties and from the Irish Government, for a standalone Irish language Act. There are, however, gaps remaining in the package which was revealed to us today, particularly around the visibility of the language, which we call to be included in any future Irish language Act. It is abundantly clear that there will be an Irish Language Act and we now call on the British and Irish Government to press ahead with legislation for the language, as per their promise in 2006, without delay.

Conradh na Gaeilge are seeking meetings with the Secretary of State Karen Bradley MP, with the Taoiseach Leo Varadkar, and with the Tánaiste Simon Coveney, in the coming days.

The Conradh na Gaeilge discussion document can also be downloaded at: http://bit.ly/2uApcES 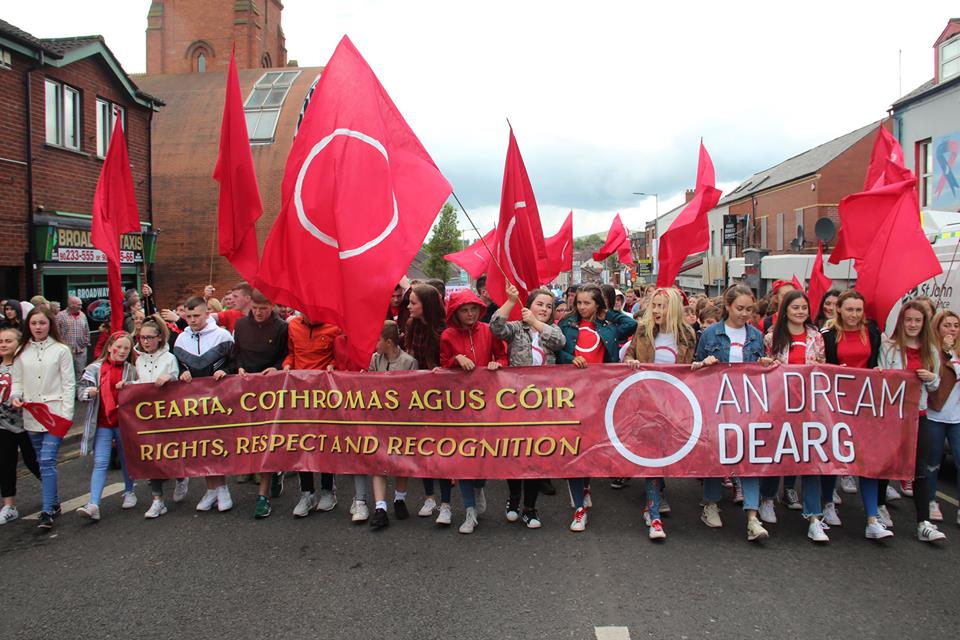 Pictures available from This email address is being protected from spambots. You need JavaScript enabled to view it.