Peadar Mac Fhlannchadha, Deputy Secretary General of Conradh na Gaeilge, is to retire after years of fighting for the Irish language and the Gaeltacht 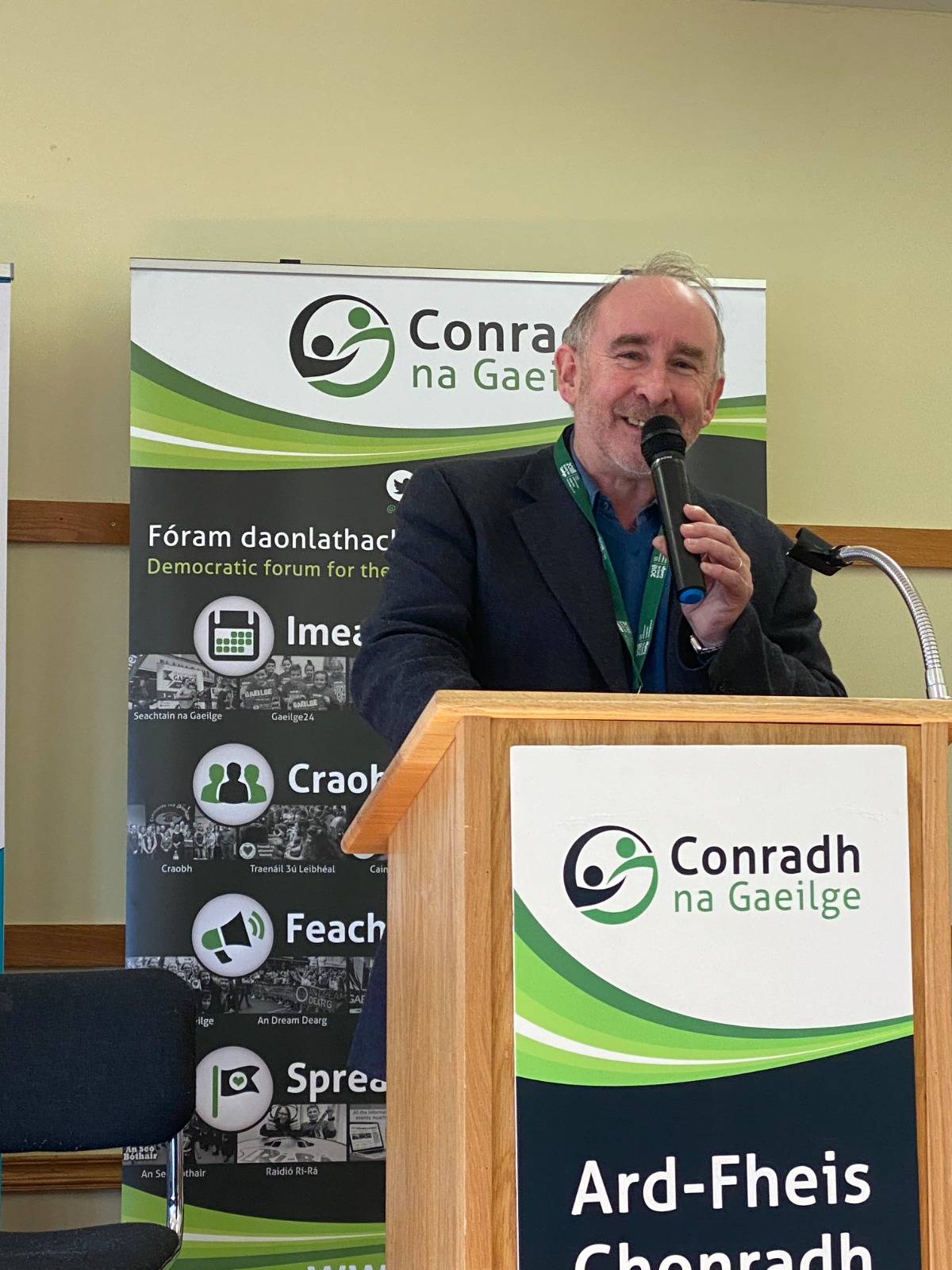 “There is no doubt that Peadar Mac Fhlannchadha has achieved many advances for the Irish language and the Gaeltacht during his 40 years with Conradh na Gaeilge. He has played a significant role in various campaigns, such as achieving full status for the Irish language in the European Union, securing €30 million additional funding for the Gaeltacht and the Irish language and successfully bringing the first case through Irish to the European Court of Justice, a case which he won and when the court ruled that the State had failed to properly transpose into Irish law an EU Directive requiring the bilingual packaging of medicinal products for animals. The organisation is grateful to Peadar for all he has done for us over the years and we wish him every success as he looks forward to new challenges in the future.”

During my time also I was fortunate to work with Irish language and Gaeltacht leaders, in the Conradh and in other organisations, who understood the case of the language and were willing to fight for it and put their heart and soul into the fight. I want to thank all of them. Special thanks go to my colleagues on the staff of the Conradh, both the current staff of the organisation and those who have worked with me since I joined the Conradh. I have been a member of Conradh na Gaeilge since the age of sixteen and I look forward to continuing to volunteer as I step away from my role as an employee of the organisation.”

“It's hard to imagine the Conradh team without Peadar Mac Fhlannchadha as part of it in to the future. He has shared so much expertise, experience and friendship with us all over the years and I would like to sincerely thank him. Peadar was not only active in the campaigns but also played a key role in Gaeltacht affairs and the development of the Conradh as an organisation. Peadar is a hero for the Irish language and the Gaeltacht and we will be at a disadvantage without him working on the team full-time in the future. That said, and as anyone who knows him will understand, Peadar intends to continue to play an active volunteer role in the organisation in the future and we look forward to continuing to work with him in this new role in the future.”